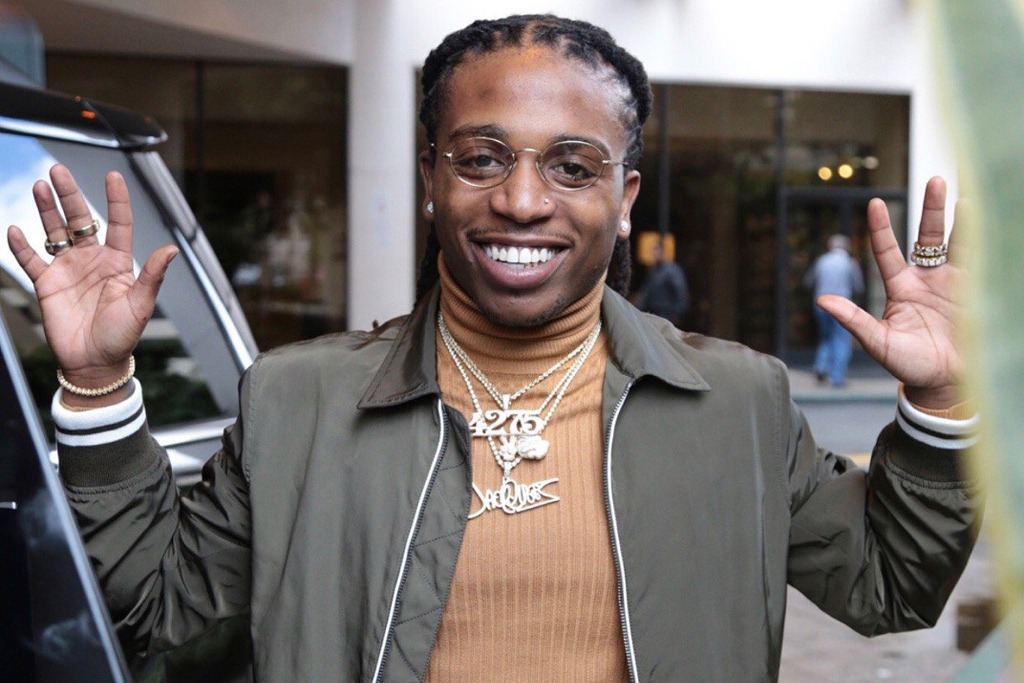 Jacquees may be busy preparing for the release of his sophomore album “Round 2,” but that hasn’t stopped him from stepping in the booth to deliver a new Quemix.

Trying his hand at Summer Walker‘s “Playing Games” and following up with his version of 702’s hit ’90s single “Get It Together,” Jacquees pours out his feelings on both. Initially revealing his regrets with a lover, the newly single crooner coos out over the London On Da Track production “All I ever asked was can you not blow up my phone when I’m in my zone / All I ever asked was can you just keep it real / Sit home and chill.” And as the song ends, segues into the nostalgic tune from the popular girl group, where he switches up his stance on their relationship because he just wants them to “get it together.”

The “Playing Games Quemix / Get It Together” track comes just a few days after his latest official release “Verify,” which features Young Thug and Gunna and will be featured on his upcoming album.

Listen to the track below.