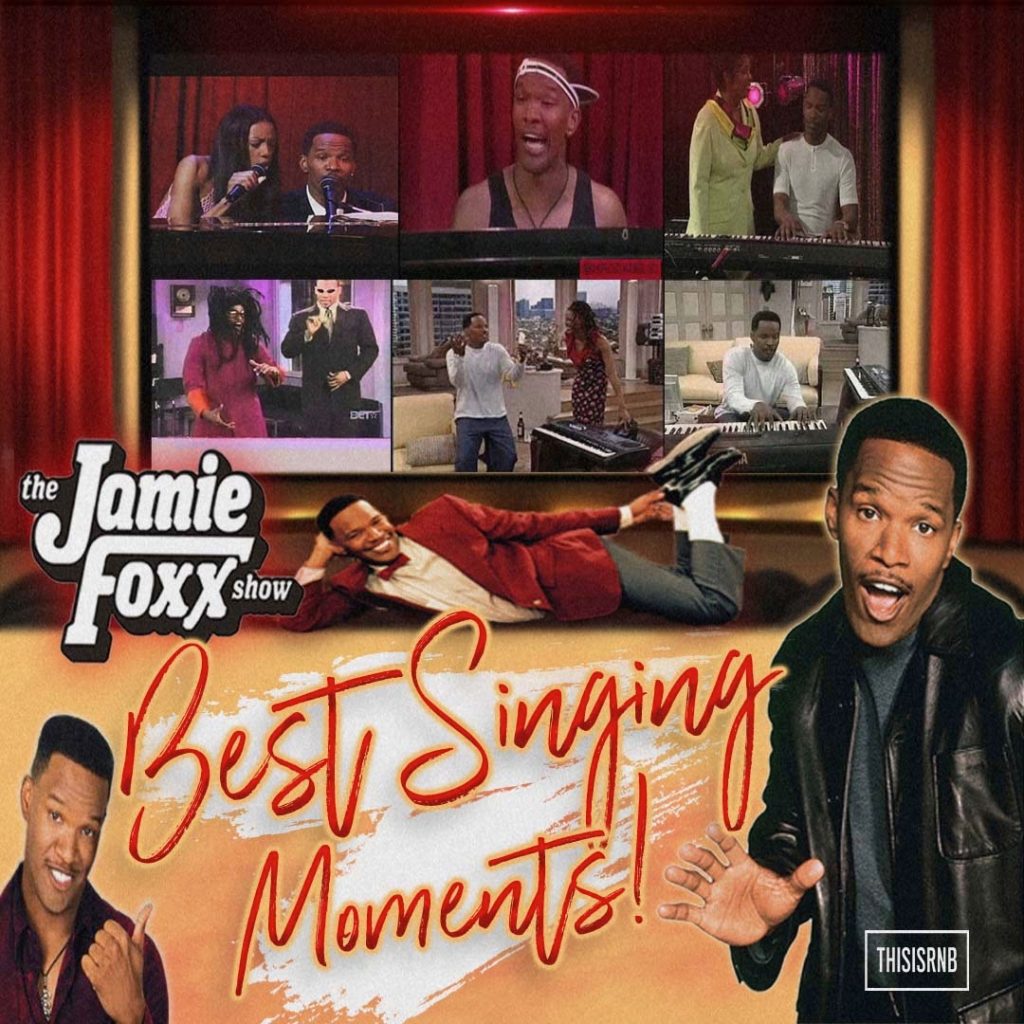 “The Jamie Foxx Show” had a wide variety of musical guests, but the biggest was the now-iconic Mary J. Blige. One of the show’s best episodes, Mary was a modest preacher’s daughter ready to break out on her own and become her own woman. The track, which is found on the songstresses 1997 album of the same name, was one of the only songs performed during the show’s run that was off an artist’s album. Jamie, who wasn’t recognized as a legit singer at the time, handled himself very well in the duet with a convincing performance of his own. Sadly though, we never saw anything flourish from this on-camera duet. Still, it was another memorable moment.

Things got rocky between Jamie’s Aunt and Uncle on this episode and in true Jamie fashion, he came to save the day. He didn’t just save Aunt Helen and Uncle Junior though; the actor saved a number of relationships with this one. Boasting a powerful performance about unconditional love, Jamie and his trusty piano reminded his relatives what true love really is.

“What I Wouldn’t Do For Your Love” — Gerald Levert, Jo Marie Payton & Jamie Foxx (Season 3, Episode 7)

This serenading moment pit Foxx against legendary singer Gerald Levert in a friendly competition of vocals. The two found common ground in accepting the aged-gap marriage proposal that occurred during the episode. Foxx held his own against a smooth operator (Levert) while legendary TV actress Jo Marie Payton (Harriette Winslow) looked on. Levert was riding high as a member of LSG (“My Body”) at the time.  It would have been amazing to see the two R&B singers collaborate on a track before his untimely passing.

“Treat Her Like A Lady”  — Ali Ollie Woodson (of The Temptations) & Jamie Foxx (Season 2, Episode 4)

The Temptations are one of the greatest music groups of all-time. It was an honor and privilege to see the former lead singer, Ali Ollie Woodson, appear on the hilarious episode. The episode showed more of Foxx well-knowledgeable music historian side. Although the two didn’t duet as expected, Foxx did back up Woodson for a quick set. Woodson’s performance also played as an introduction for a new generation to research classic R&B music. Lastly, this was one of the only times a member of the Temptation was on television — aside from Soul Train and similar platforms.

It took five seasons for Jamie and Fancy to make it to the altar, but this was the only fitting way to conclude the series. The longest musical segment of the show, this episode served as a tearful moment that showed us the complete timeline of the show’s two biggest stars.

Jamie and Fancy’s relationship was high-profiled in the late-90s, with both of them gracing the cover of Vibe together in 1998. Another original by Foxx, the song — “Marrying An Angel” — has gone on to be sung by so many to their lovers on a ceremonial day. And though the show was fictional, you left just knowing the two were going to finally live happily ever after.