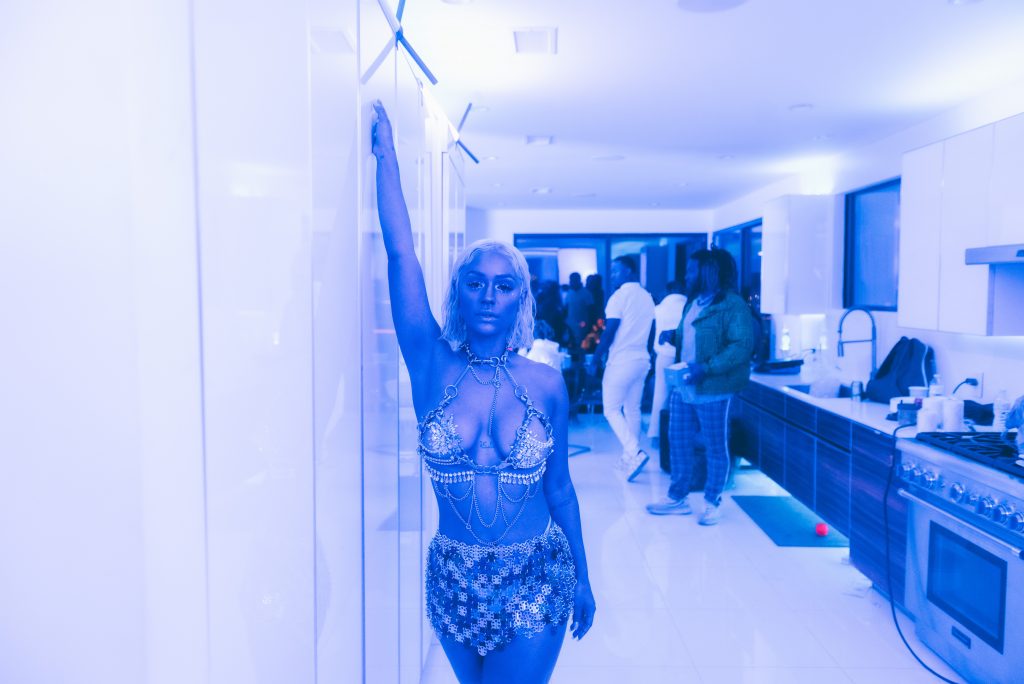 It’s been a bit on the quiet side for singer-songwriter Paloma Ford over the last few years, but it seems as if her hiatus is coming to a close. Releasing her latest Jowan Sanders-produced single “Rain” last month, the model is taking the opportunity to ring in the new year and the new decade by releasing a sexy new video to accompany it. Premiering right here on ThisIsRnB, “Rain” is a visually seductive re-introduction to the Paloma we once knew.

Lifted from her upcoming project X Tapes, it was only right that the song — which briefly samples both SWV’s “Rain” and TLC’s “Waterfalls” — received a visual as alluring as the song suggests. When speaking to ThisIsRnB about the Brock Mills and Touré Mccord co-directed visual, Paloma wanted to ensure that she portrayed all of the emotions you experience through love and give a nod to the era that inspired the single: the ’90s.

“I wanted the mood of the “Rain” video, like the song, to capture the mixed emotions a lot of us face when falling for someone: the passion and the excitement, but also the doubt and frustration,” she stated. “I fell in love with R&B and Rap culture in the ’90s/early 2000s. I was drawn to the visuals, the sultry and the creativity. So I’ve always reflected that in my visuals and music. “Rain” particularly was influenced by Lauryn Hill’s “Ex-Factor” and the movie, Belly. My goal was to just evoke those same feelings I had when I first fell in love with music and the culture for my fans.”

Managing to do just that, Paloma assured us that this isn’t the only track that she’ll deliver those feelings with. Planning to release her project X Tapes soon, the collection — as referred to by the beautiful songstress — will serve as her first compilation of tracks since 2016’s seven-track EP Nearly Civilized.

“X Tapes is a collection of my emotions and experiences falling in and out of love,” she said. “”Rain” was the perfect way to introduce X Tapes because in order to tell a story of heartbreak, you gotta start at the beginning — which is love. Music has always been my outlet and therapy. This project is more than just a compilation of songs; it’s my story. Every song is personal. And hopefully, it resonates with people who have experienced similar experiences. That’s what music is all about and X Tapes is going to be a refreshing reminder of that.”

As we await the release of the promising new collection, check out the premiere of “Rain” below.