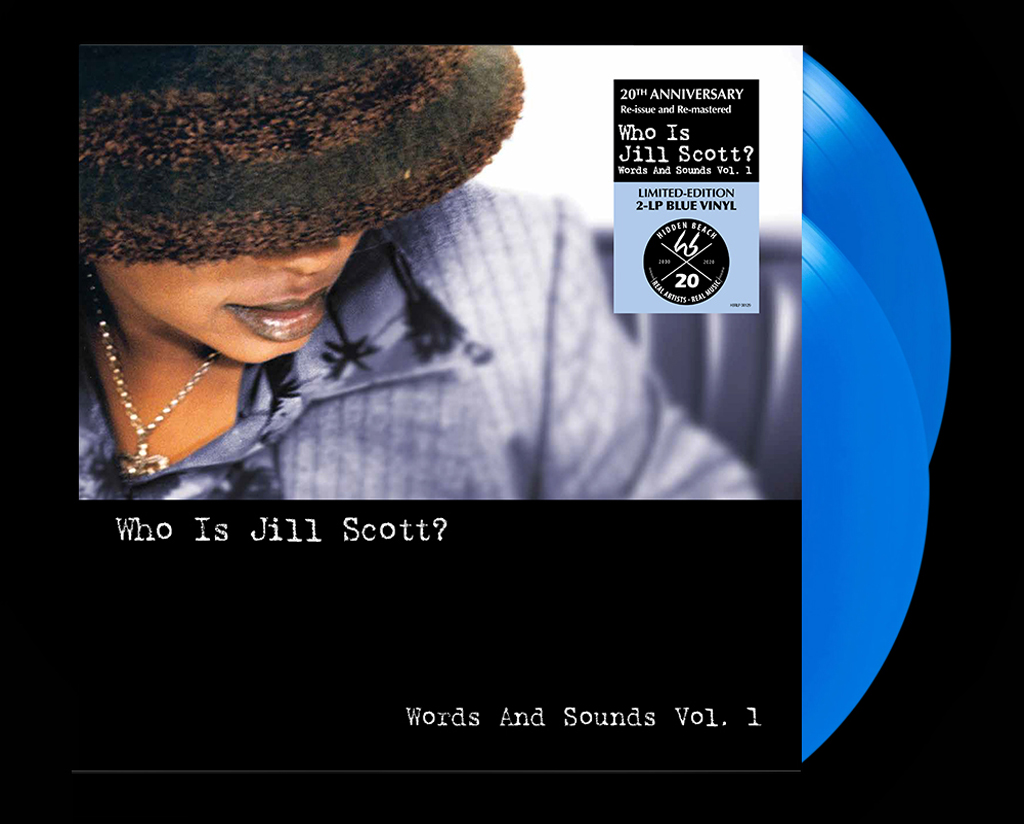 It’s been 20 years since Jill Scott’s first debut album, “Who Is Jill Scott – Words And Sounds Vol. 1” and it is with great excitement that Hidden Beach Recordings releases the Limited Edition 2-LP Blue Vinyl re-issued and re-mastered version available July 3, 2020.  Not only is it the 20th anniversary of Jill’s first album but it’s the 20th anniversary of Hidden Beach Records. “Who Is Jill Scott W/S Vol. 1” marked the start of Hidden Beach’s journey as a company as well as the career of an iconic artist.

The album is an indisputable, contemporary soul classic – both an intelligent and ingrained affair that concurrently moves the mind, sparks emotions, stimulates the body, and grazes the soul. Jill Scott was Hidden Beach’s first artist to sign to the label, who, to date, was their best selling artist. The inaugural release, Who Is Jill Scott? Words and Sounds Vol. 1, has sold 2.4 million units according to Nielsen, and was nominated for four Grammy Awards.

“We’re immensely proud that our first release Who is JS W/S V1 received the critical acclaim that it deserves. In my humble opinion, it is one of the best debut albums ever recorded like Bill Withers’ first release, “Just As I Am”. Like the classic “desert island” albums before it, this essential recording in any music aficionado’s collection is as fresh today as when it was recorded 20 years ago. Listened to now, songs like Brotha, feel like they were penned yesterday.” — Steve McKeever