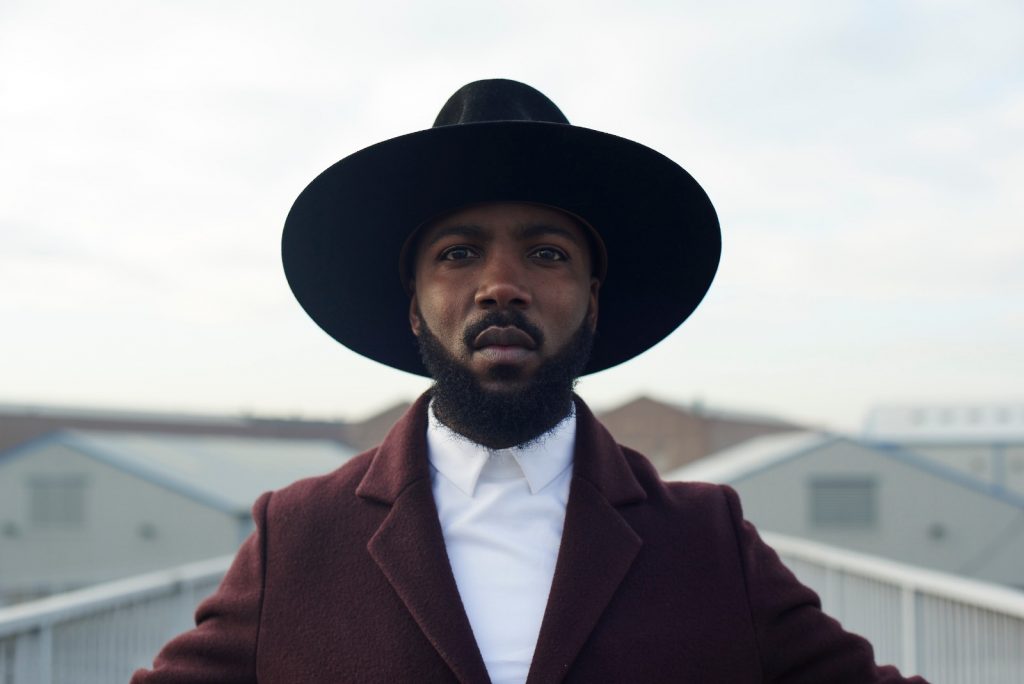 By Raquelle "Rocki" Harris on Aug 08, 2020
South London British singer/songwriter, Arrow Benjamin believes in destiny, not coincidence. Thus far, his career is a stellar example of this truth. Hailing from West Indian roots, he realizes his purpose is to “write the songs you need to hear.”  His first single ever, released in 2015, had him front-and-center on a duet withBeyoncé. To date, “Runnin” (Lose It All), has sold over 3 million copies and has 500 Million+ combined global streams. It also went #1 on iTunes, in over 31 countries.
Benjamin then followed that by writing and lending background vocals to “Freedom” by Beyoncé featuring Kendrick Lamar, from her Grammy-winning album Lemonade. He has also worked with Alicia Keys, Tinashé and Pharrell.
When working with icons like Bey and K-Dot, he advises that being yourself is a “priceless commodity.” Remaining true to himself while checking his ego has led to his monumental collaborations. “It’s about two souls connecting and the song becomes a byproduct. … Every single one of them can do it without me; they want something else,” he explains.
“It was written to happen … you gotta put the work in, but some stuff is written. They say ‘Hard work pays off,’ sometimes it doesn’t pay off. There are people who will completely outwork you for the rest of their lives and not attain or achieve or see what you’ve seen.”
ThisisRnB spoke exclusively with the humble, yet candid artist about what shapes his music, and how he uses his platform to practice accountability and authenticity. Both of which he calls for in his latest anthem, “Sirens,” as he laments: “Rain drops on the white chalk/Hearts lay on the sidewalk/Blame it on the sirens once again. … I fall innocently/Bloody knees you don’t see/Cos you stand for nothing.” Benjamin shared his motivation to pen the song and what led to its timely release. “Pain is universal; trauma is universal … I wanted to document the moment,” he says.

Using his platform for more than social media posts of protest, his artistry is an intentional reflection of the times in which we live. Hence, his mantra “More Than Entertainment.” He insists that artists “have to live it now and not just hashtag it.”  He also explained the origin behind his movement, LiveVYNL. “Your victory comes from a higher place and it’s in your DNA.” He also shared how Live VYNL connects to his transformation from his given name of Dean McIntosh to the artist, Arrow Benjamin.

As Benjamin continues to contribute his voice to the Black Lives Matter landscape, he plans to release more songs relative to the theme of “Sirens,”  while we await his album, The Hymn Book.

Benjamin just released the animated visuals for “Sirens,” which are stark images of racism, police brutality and protests that aptly illustrate the lyrics. Watch our exclusive and enlightening interview with Arrow Benjamin as he gives more than entertainment.