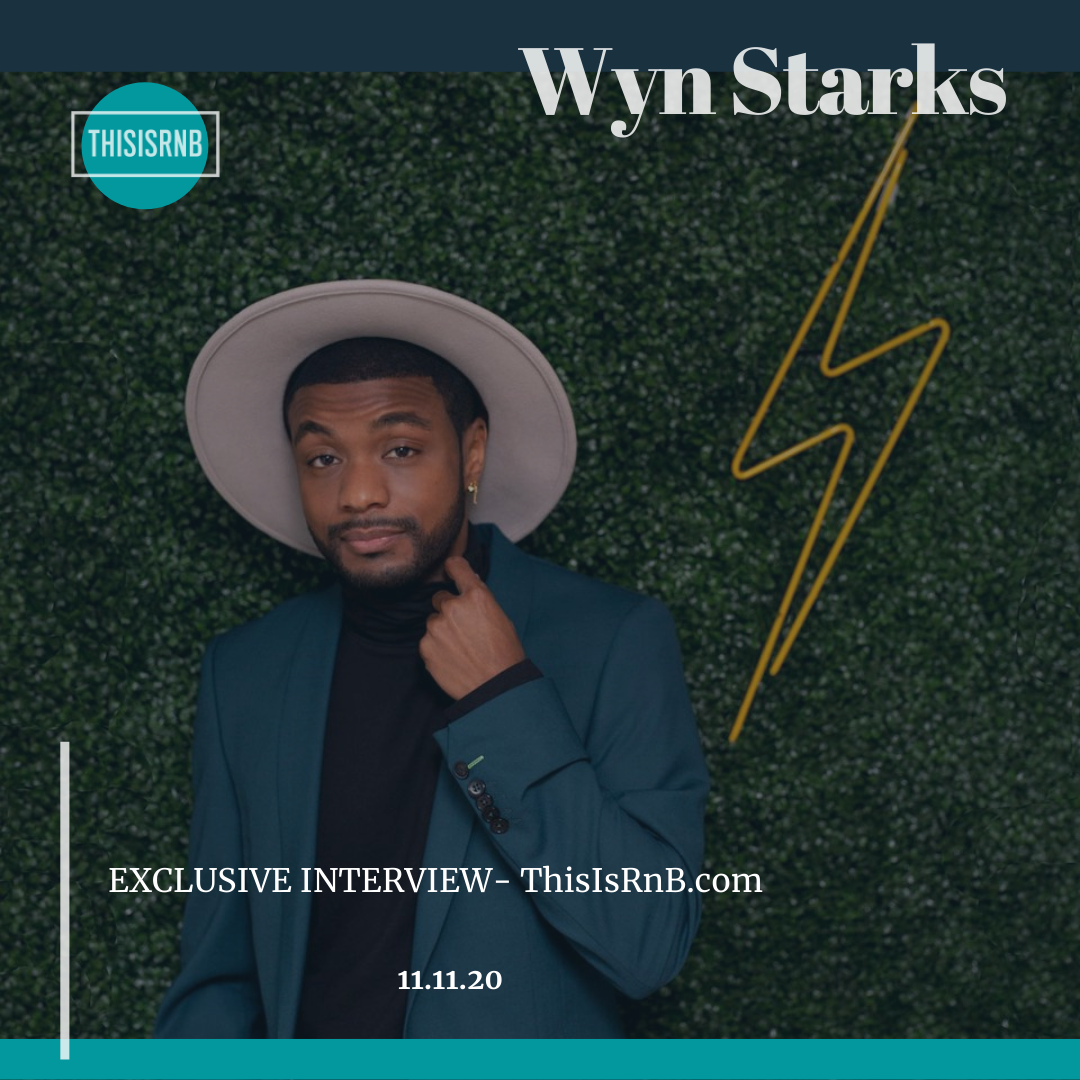 Growing up in Minneapolis, Minnesota, Wyn Starks fell in love with the Motown greats that played throughout his house and the Gospel music he sang in church. Influenced by iconic singers like Stevie Wonder, Michael Jackson, Prince, and the modern-day brilliance of Leon Bridges, The Weeknd and Sam Smith, Starks wraps his impressive falsetto around lyrics that show the myriad of emotions in the moment. He exudes his own unique brand of classic cool that keeps listeners waving their hands and bopping their heads.

Raised by a single mom, his youth was shaped by insecurity and a strong desire to please those around him. It wasn’t until he moved to Nashville that he discovered his true identity and self-worth, both personally and professionally. His newfound confidence has shaped the music he’s crafting — a melting pot of old-school R&B, retro pop and Motown magic rooted in love, acceptance and inclusion.

Although he started out singing background vocals for a gospel singer, RnB kept calling him, so he transitioned from singing praises to crooning ballads. His debut EP Who I Am showcases his journey with “coming into this place where you embrace every part of yourself, even though it’s things you think the world won’t like or things that people won’t like. I learned how to love me,” he shared.

His sinewy vocals unapologetically caress the music, unveiling his authentic self. He’s shed the juberous thoughts that were stunting his artistry. “I struggled with a lot of rejection. I already knew who I was, but I wasn’t sure that he was good enough or the world would accept it.”

Who I Am’s five tracks are a prelude to his upcoming album due out next year. The first single, “Circles” is a retro-soul serenade to the one who keeps his mind occupied. While the jaunty “Dancing My Way,” is an instant bop perfect for carefree moments. “Split in Two” is a horn and bass-heavy track about love induced insanity. On the title track, he sings with an impassioned fervor that leaves you yearning for the next melodic massage.

Wyn Starks recently kicked off his Analog Sessions on YouTube, with “Circles.” Who I Am is available now on all digital streaming platforms.

Watch as ThisIsRnB’s host Raquelle “Rocki” Harris  chats exclusively with Wyn as he talks about the catalysts that have shaped his career thus far, how he embraced who he is, his creative process with the independent label Sidewalk Records, his stance on the Black Lives Matter and LGBTQ movements, and more.