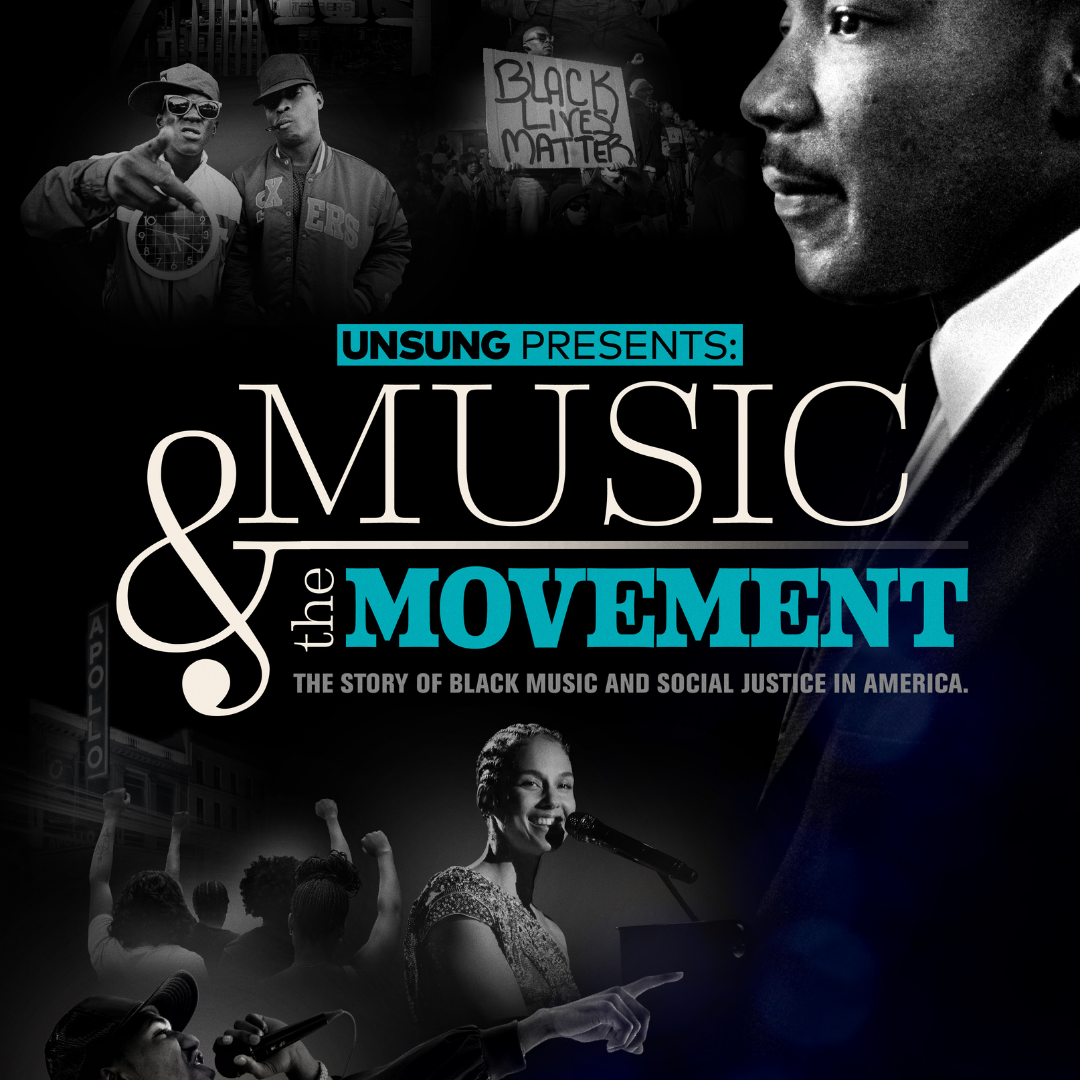 We’ve heard it said that the reason history repeats itself is because people don’t learn anything from history.

Welcome to 2021 where the chaos of race discrimination and oppression of black and brown people are evidenced in every waking moment shaken by social injustices.  The good news is we have many dedicated folks involved in positive social change to our justice system to eradicate the plight of systematic racism.  Collective efforts to re-write the history books to include the numerous contributions that great people of the African diaspora have made through music and culture to these United States of America.

ThisIsRnB is proud to use our platform to join with TV ONE to celebrate the galvanizing power of black music during some pivotal movements in Black Americans perilous past and troubling present.  TV One has announced the premiere of of its two-part documentary special “UNSUNG Presents: Music & The Movement”- remembering the artists and songs that have provided the soundtrack to the fight for justice and equality and reflects on the music released by change-makers such as Aretha Franklin, Public Enemy, Steve Wonder, Gil Scott-Heron, and Beyonce’. Premiering on Dr. Martin Luther King Jr Day, January 18th, 2021 at 8pm/ET/7C and immediately followed by part two at 9pm/ET/8C.

“Music is the heart and soul of black culture – giving life to our experiences, voice to our stories and growing power out of our pain,” said Cathy Hughes, Chairwoman, Urban One, Inc. “Every melody, lyric and rhythm artfully depicts the layers of black diversity, scope of black creativity, and depths of the complexity of our people. TV One’s Music & the Movement special pays homage to the music and music makers whose talents created a soundtrack of black music during moments of political and social unrest throughout our history. It is another opportunity for us to spotlight black content.”

TV One has assembled an outstanding cast of major contributors from all aspects of social, music, and entertainment that will be on hand to provide commentary include  Raheem DeVaughn, Rev. Al Sharpton, Isaac Hayes III, Dyana Williams, Angie Ange, and so much more.

Make sure you tune in on January 18, you don’t want to miss this powerful two-part documentary.