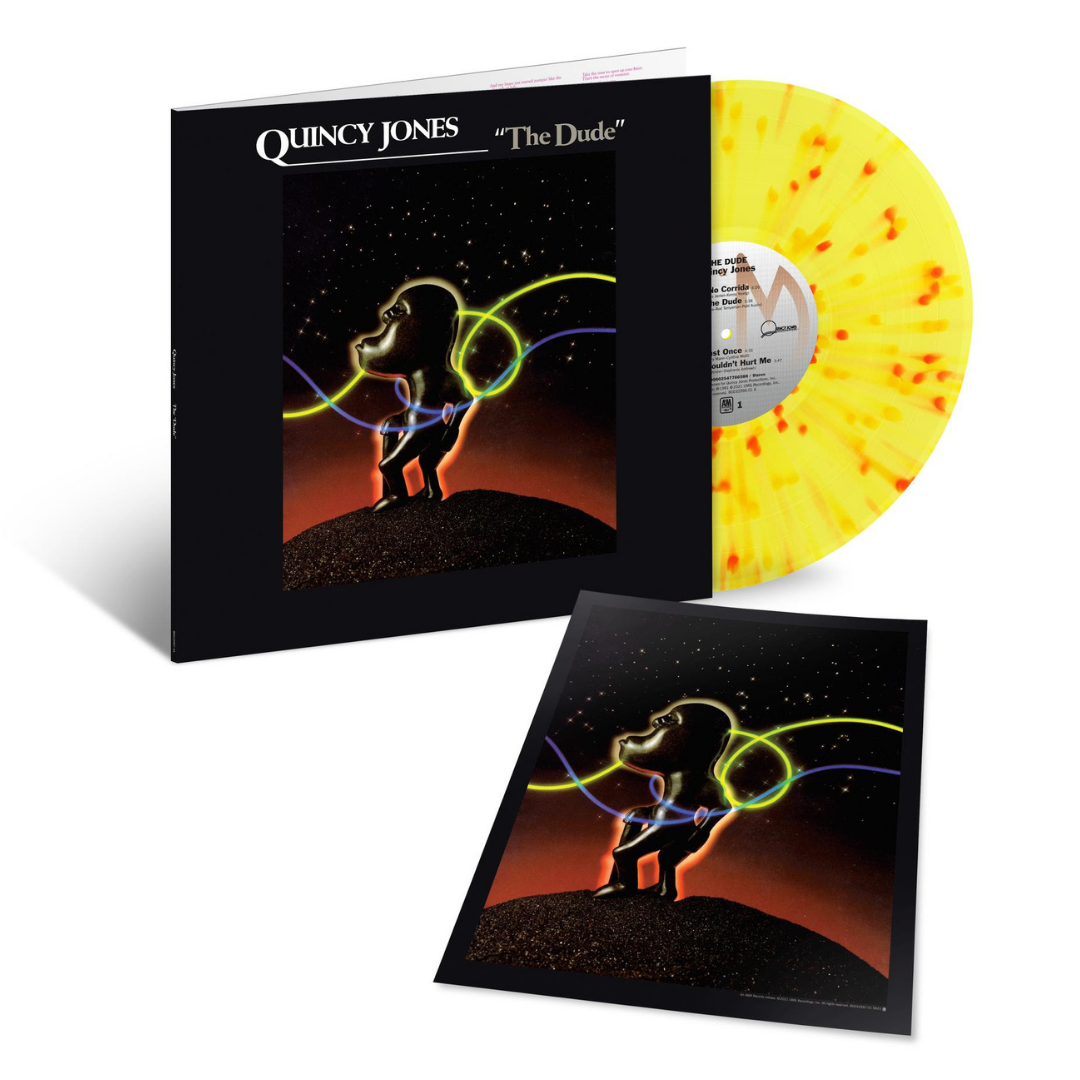 In 1981, Quincy Jones released The Dude, a monumental pop-soul album created with a stellar cast of vocalists, studio musicians, songwriters and in our opinion, one of the best albums ever produced.

The Dude was a commercial success, spending 81 weeks on the Billboard Hot 100 chart and peaking at number three. It spawned three top 40 singles, including “One Hundred Ways” with James Ingram, which went on to become Jones’ single biggest hit as a solo artist. The Latin-inspired dance number “Ai No Corrida” and tender ballad “Just Once” also charted in the U.S., while the horn-driven “Razzamatazz” achieved Jones’ highest U.K. chart rank as a solo artist. Quincy Jones was awarded Producer of the Year at the 1981 Grammys. The Dude was nominated for five Grammys, ultimately winning three: Best Instrumental Arrangement, Best R&B Performance by a Duo or Group with Vocal, and Best Instrumental Arrangement (Accompanying Vocalists).

“One day, Henry Mancini and I were at an art gallery on Wilshire Blvd., and I saw a sculpture that just called out to me.  It said, “Hey man, take me home.  I want to be an album, I want to be a tune.” I didn’t question it and bought the statue right then and there, because it had an attitude like I’d never seen before. It might sound crazy, but that’s what inspired the name of my 1981 album, The Dude, and you can see the silhouette of the sculpture on the album cover! I also found out that the statue actually came from a farm in South Africa. The farm wasn’t making any profits, so the owner had a sculpting teacher named Fanizani Akuda (a member of the sculptural movement called Shona Sculpture) come and teach his workers how to sculpt, so that they could make a living, and The Dude is one of the sculptures that Fanizani made at the farm! I’ve had The Dude ever since!!” The album went on to be nominated for 5 Grammy Awards and win 3!”

Quincy Jones’ creative magic has spanned over seven decades, beginning with the music of the post-swing era, and continues to influence today’s high technology, international multi-media hybrids. Named by Time magazine as one of the most influential jazz musicians of the 20th century, and we couldn’t agree more. He is the G.O.A.T.!