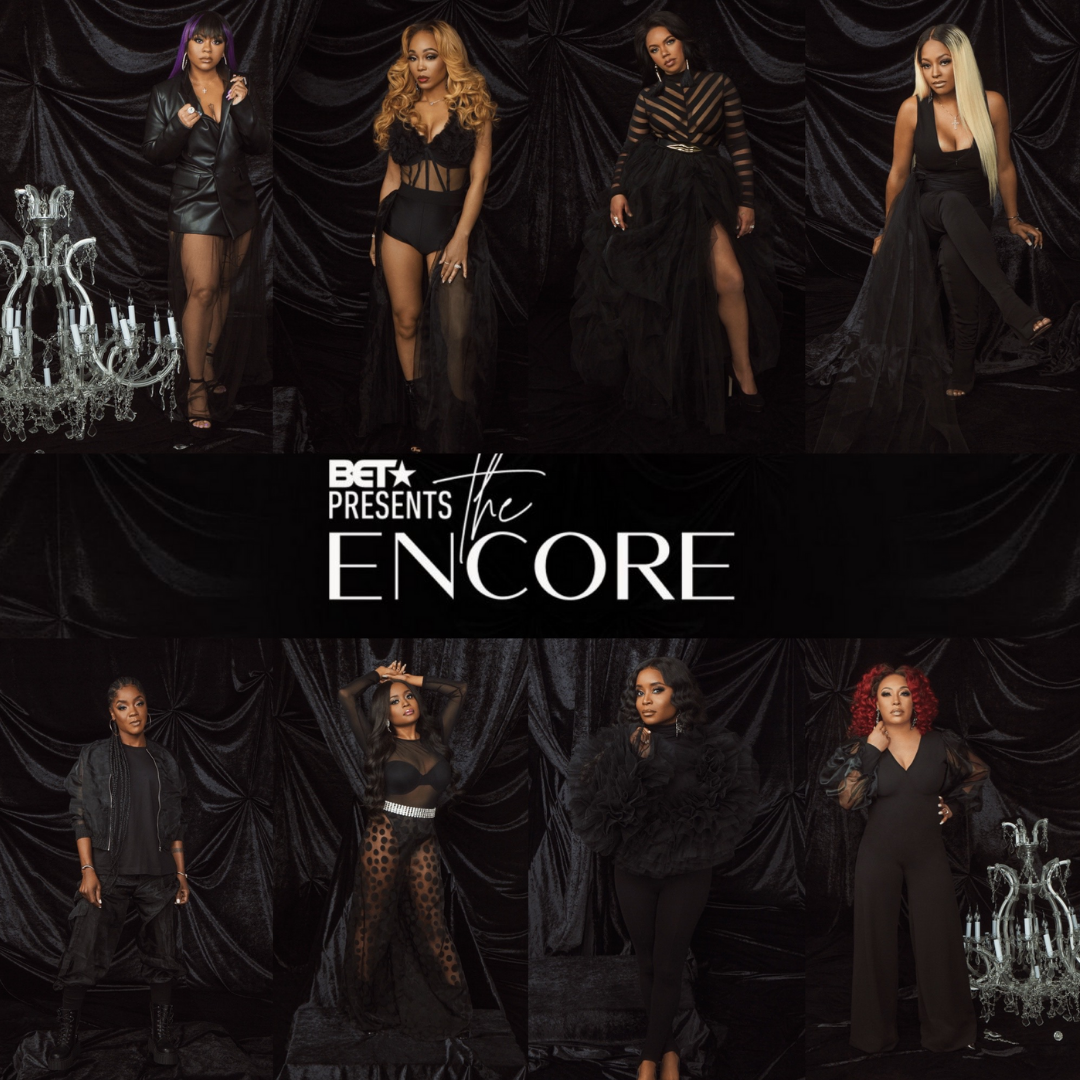 BET Presents The Encore has certainly become a fan-favorite show!

The network has gathered some of the most memorable singers from the girl groups of the 90s and early 2000s as well as solo songstress Nivea, with the mission of creating the ultimate female R&B supergroup.
With nothing to lose and everything to gain, these talented women move under one roof and proceed to learn choreography, write new music, record an album, and prepare for a live performance.
The group includes members Nivea Hamilton, Felisha & Fallon King (Cherish), Irish & LaMisha Grinstead (702), Pamela Long (Total), Aubrey O’Day (Danity Kane), Kiely Williams (3LW), and Shamari Devoe (Blaque).
It is unclear as to how BET was able to keep it a secret who else would be in the house, but the ladies had no clue who their other bandmates would be until arriving at the music mansion.
The ladies have found themselves having to push past creative differences, opposing opinions, and clashing personalities to achieve their ultimate goal.
Songwriter Elijah Blake, choreographer Aliya Janell, and producer Kosine have been tapped to help prepare the group for their big debut!
Tune in each Wednesday on BET at 10/9c to see the show! Let us know who your favorite member is.
Tags: 702,Aliya Janell,Aubrey O'Day,BET,blaque,Cherish,danity kane,elijah blake,Fallon King,Felisha King,Irish Grinstead,kiely williams,Kosine,LaMisha Grinstead,Nivea Hamilton,Pamela Long,Shamari Devoe,Total
Preview post