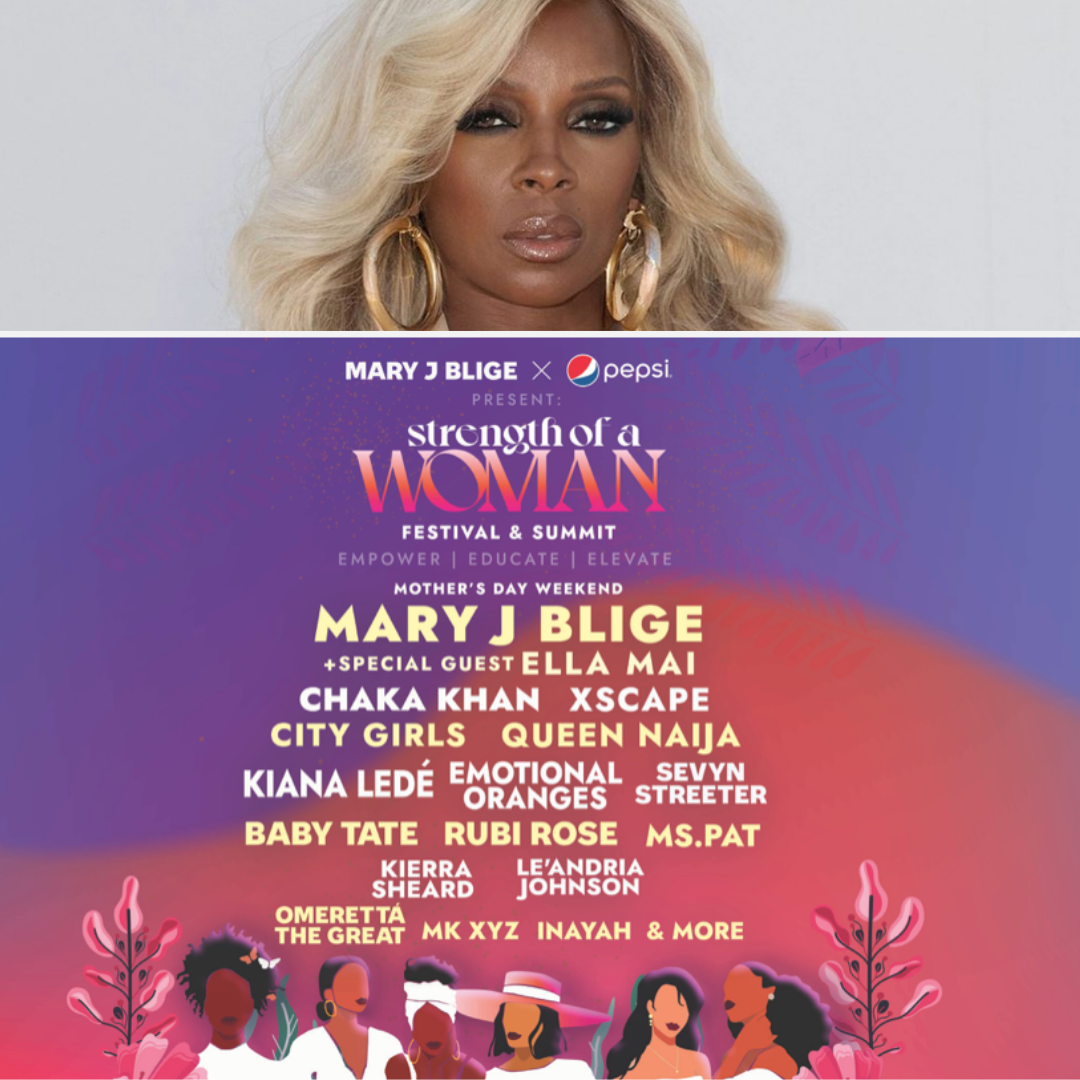 Set for Mother’s Day weekend from May 6-8th, the Strength of a Woman Festival and Summit will bring three days of comedy, music, and community building to downtown Atlanta.

“The idea for the festival came to us after early listening sessions of my latest album with my family and friends and women in the industry. Each time, the people in the room would share a story, oftentimes of heartbreak or pain, but they always ended with joy and love and how their girlfriends or mom or sister helped them find their voice and strength. We felt like after two years of being inside and having to endure so much, this was the type of experience that people, especially women, deserved…I’m so grateful to all of the performers, vendors, and participants for committing themselves to our inaugural event and I am so excited to do this in a city that has been rocking with me since the very beginning of my career. I am proud to create this with my sisters and I look forward to an undeniably beautiful and special experience” stated Blige.

The festival is the brainchild of Blige, and her partners Nicole Jackson, Vice President of MJB Inc., and Marketing Maven Ashaunna Ayars of The Ayars Agency, with support from Mari Davies, Vice President of Booking and Talent at Live Nation Urban.

“I’m thrilled to present a powerful lineup of all-female talent headlined by, and in partnership with, Mary J Blige for the Inaugural Strength of a Woman Weekend in Atlanta. Mary’s story and career are so inspirational, relatable, and triumphant. The weekend will showcase and celebrate strong talented women across generations and I’m proud to be a part of such a special weekend! This is for us and by us,” stated Davies.

Blige and partners chose Atlanta as the backdrop for this inaugural event given its reputation as the mecca for young Black creatives and entrepreneurs. Atlanta’s newly elected Mayor, Andre Dickens said “For generations, the foundation of Atlanta’s resilience has been built and fortified by women.

Pre-sale tickets begins March 8, 2002 @ 10am/ET, while general on-sale begins March 10at 10AM/ET.  All tickets can be purchased at www.soawfestival.com

Mary J. Blige, H.E.R., Rick Ross, The Roots and T-Pain all on one stage at Jazz in the Gardens

Premiere: Rising Artist Ty Brasel Releases Live Video For His Single "All I Got"