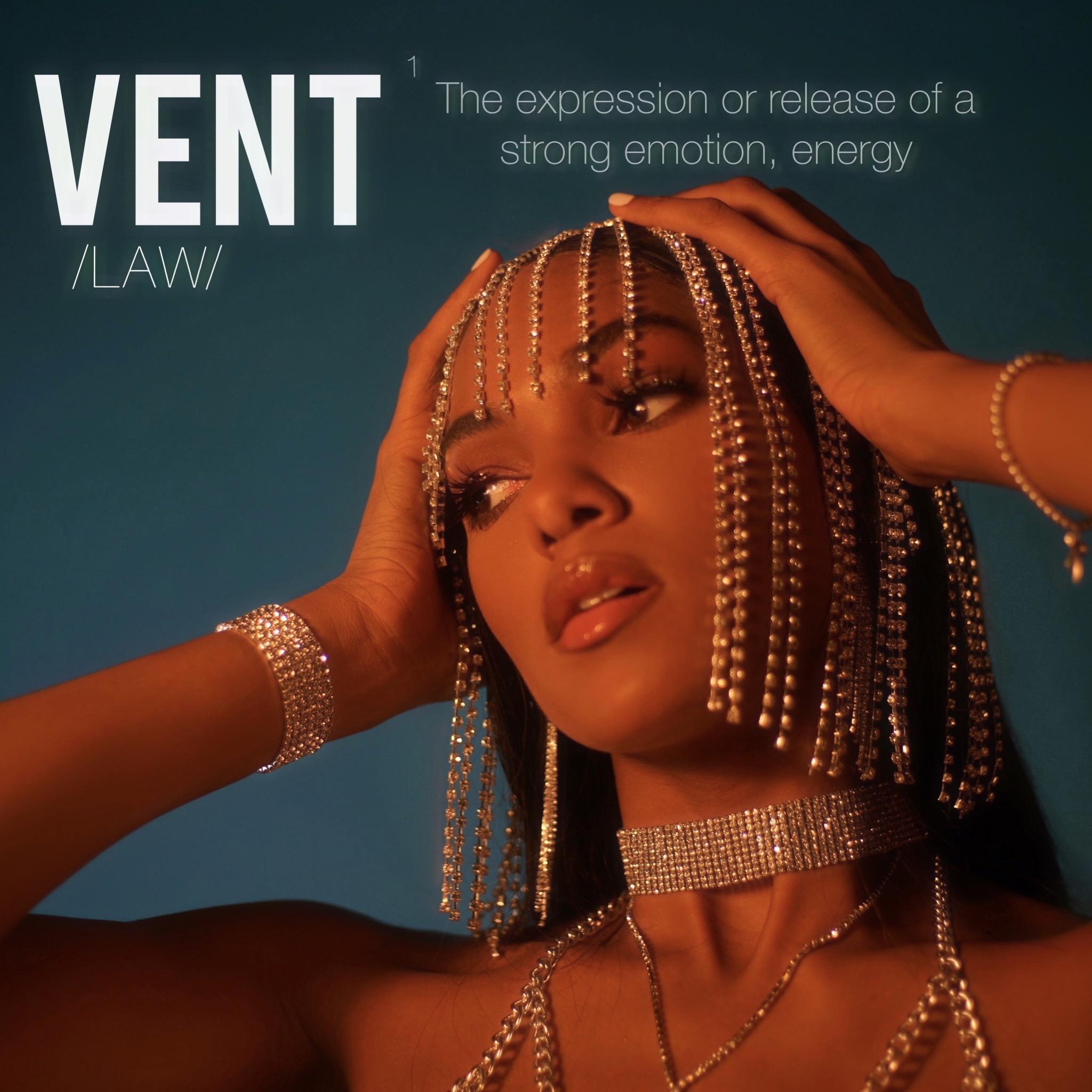 After going viral on TikTok from her “Catching Cheaters” series receiving over 100 million views and being featured on E-News Pop nightly, and The Nick Cannon Show, LAW became the woman to go to if you suspected your significant other may be unfaithful. Through her loyalty test LAW started taking DMs she received from fans venting to her and began creating personalized songs on her social media platforms. “I wanted to find a way to turn some of these painful experiences my followers were sharing with me into something positive.” says LAW.

With the namesake, LAW, standing for “Ladies Always Win” she is standing at the forefront of women empowerment as she released her debut EP titled “VENT” on no other than International Women’s Day.  LAW has created a solid fan base through her “f*boy free” music with singles such as “Over It” and “Controller” which she released last year both premiering on MTV, BET JAMS, and Power 105. In 2022, Law was named an Artist To Watch by MTV and Music Connection Magazine.

Take listen to “Vent” below and let us know what you think.

Kalisha Perera is a radio host, influencer, and industry PR professional. Graduate of Cal State Fullerton University with a BFA in Radio, Television, Broadcasting, and Film. Kalisha first stepped foot in the entertainment industry co-hosted podcast radio show and later interned for Young California Radio alongside Dj Carisma. The show is now LA's number 1 hip-hop station, Real 92.3. Part of Power106 street team provided opportunity to host her very own weekend segment on 99.1 KGGI. Co-host "Dj Pup Dawgs Top 30 Countdown With Kalisha" a syndicated radio show on ¡Heart and Dash Radio, but she also hosts her own show "The Playlist," and currently being heard on Power106.