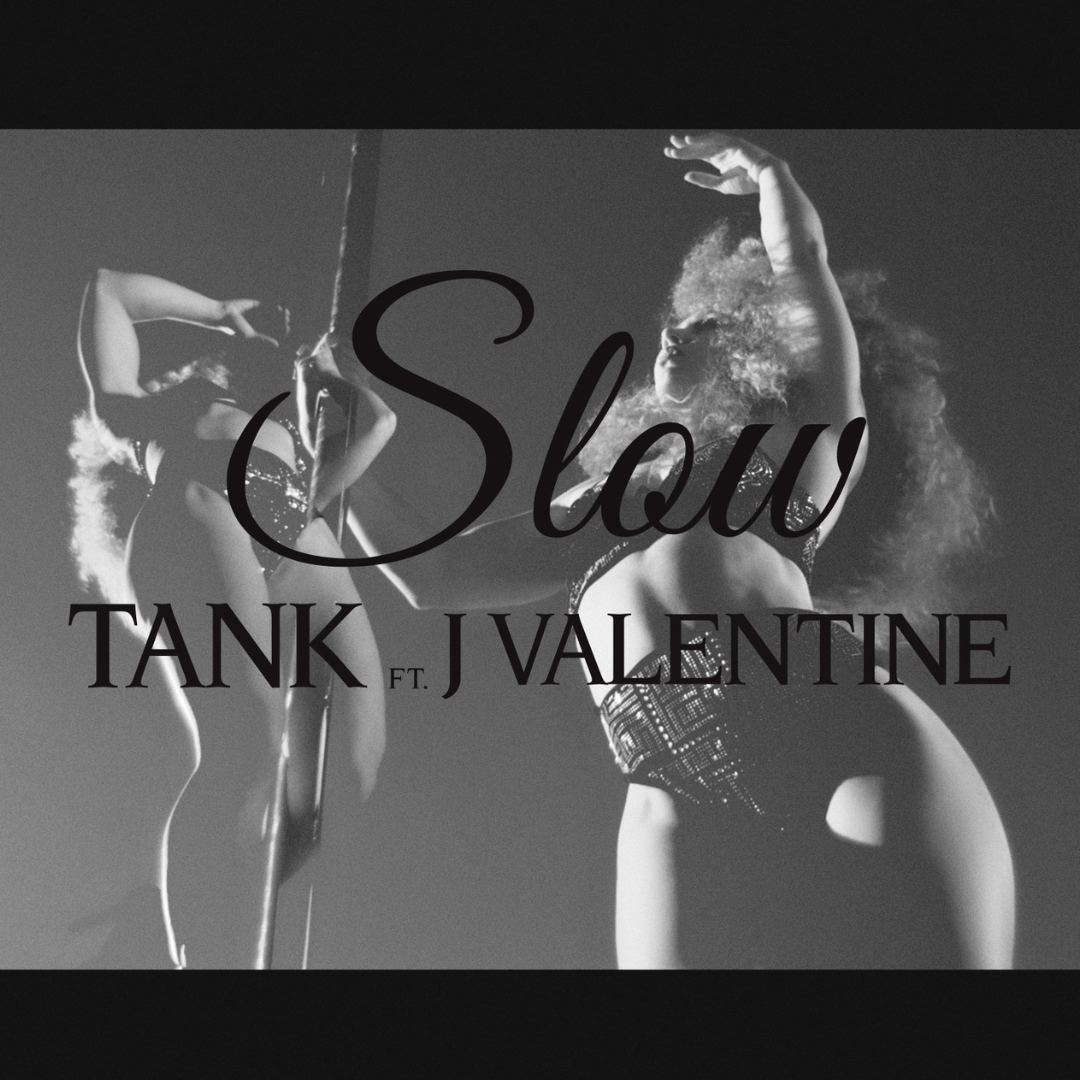 With a generation of music lovers that demand authenticity from creatives, Multi-Grammy nominated and platinum-selling R&B superstar Tank and his longtime friend and collaborator J. Valentine have teamed up to give fans a stimulating new ballad that pierces into the imagination with the new single “Slow” with accompanying music video.

The new single starts with a romantic piano intro followed by Tank’s harmonic, melodic vocals as he leads the way into one of this year’s most intense lovemaking songs. “Oh, you know what I came to do/ Four play with roses put you in the mood/ And you sit on my face that’s my type of fuel/ Can I swim in your ocean? / Can I drown in it to?” he asks in the first verse.

The two singers made this single as a gift to fans for their dedication and patience ahead of Tank’s 10th and final album “R&B Money” which is set to release on August 19th under his new label R&B Money/Atlantic Records. The single also marks the return of J. Valentine to the music scene as he is gearing up to release his new project later this year.

Unlike the Isley Brothers and Babyface who both had a way of lyrically covering up and concealing the rawness of intimacy when they dominated the R&B charts,  both Tank and J. Valentine are sexually explicit with their choice of words, tone, and delivery. “Arch your back/ Throw it back/ Grab your back/ Pull your hair/ smack that a—/, “ J. Valentine sings before they both reel us in with their catchy hook.

The music video, directed by Young Chang, is best described as sexy, romantic, sensual, and expressive. The sexy R&B singers are flexing their muscles and showing off their super-toned physiques as they stand in the light under the black silhouette with steaming smoke all around them. Bootylicious, sensual video vixens dance provocatively on poles wearing black lingerie embroidered with diamonds and stiletto boots.

The promise is that they’ll take it slow as they set the mood and the scene for all things romance. Standing on what seemed like thousands of roses, it was Tank’s gentle caresses as he whispered in the vixen’s ears that has fans set their romantic expectations higher as they set new bars for men when it comes to love and romance.

Tank took to social media to announce that his latest single is “Out Now” before warning fans to “Be Safe” because he knows the “trouble” people can get into listening to his music. After all, we don’t want to wake up from one night of pleasure with a nightmare custody battle or child support war. Fans responded with over 875 comments on Instagram. “…you make such good music, I feel it in my soul literally …. I love you #rnbmoney” one fan wrote, and another fan commented “This s— already added to the playlist. I’m not ready to be a mom yet,” another fan wrote.

“R&B Money is a labor of love to my fans and to the genre of R&B. This is who I am! I wouldn’t be here if it weren’t for artists like Marvin Gaye, Teddy Pendergrass, Keith Sweat, Al Green, as well as my fans who inspire me every day to make music,” Tank states. “I wanted fans this album to pay homage to my influences and my evolution as an artist, and I think that’s what this final album represents.”  Click here https://tank.lnk.to/RnBMONEY to pre-order R&B Money now.

Take a listen to “Slow” here and watch the music video below.

Exclusive: Live Acoustic Performance Of “Whatever Simon Says” by Mahalia

SLMN Releases "Where Did You Go" with Kvn Rose ft. anders