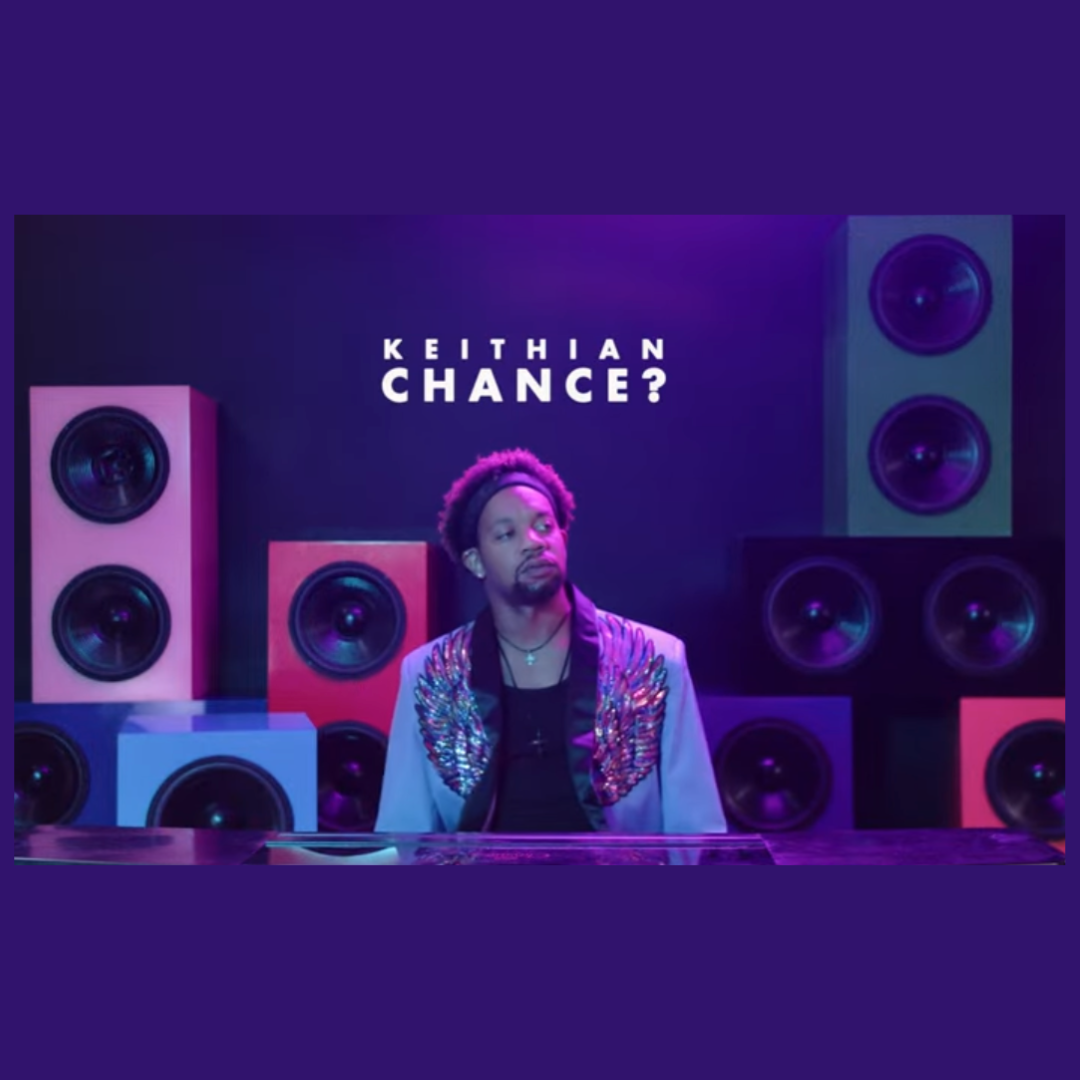 If you loved the music video for Destiny Child’s Billboard No. 1 single, “Say My Name,” then you will absolutely love the new music video by Cuban musician and filmmaker Keithian for his summer smash “Chance?” out today.

Keithian’s Top 15 single takes you on a journey from one room of color to the next. Embracing his true musicianship, the video starts with him playing one of his musical instruments, an electronic keyboard. And each scene of the video renders a different color from yellow, to orange, pink to purple, and even a scene with multi-colored speakers. In each scene, Keithian is wearing an outfit to compliment both the scene and his love interest.

Speaking about the single “Chance? is a play on the card you pull in Monopoly, you never know what you’re gonna get so it’s a tease. So,  when I wrote this song, I had an experience in mind, where I did everything, I could get the attention of this girl, but she treated me like shit. Then right when I got uninterested, she started to have interest in me. I then started to play games and do things that I knew got to her just because I resented her for playing hard to get. But  the awkward thing was, I knew both of us were not gonna be honest enough to make it right or leave, so we  just stayed in it and played the game.” – Keithian

Throughout the video, you can find Keithian acting out scenarios that are all high risk tying in with the song’s meaning of putting it all on the table and taking a chance. We see the talent the Louisiana native has inherited from his Cuban father, who was a TV producer, as well as his mother, a professional choreographer. The singer, songwriter, and filmmaker bring these talents and energy to his video with stimulating dance moves and visually pleasing aesthetics.

Keithian gives it his all as he closes out the summer with a bang, the first of many tracks found on his latest EP, ‘Green Clouds.’

The video is also dropping in time to pay homage to Keithian’s roots and the commemoration of Hispanic Heritage Month, which is observed each year from Sept. 15- Oct. 15.

View the premiere of “Chance?” by Keithian below. Available on all digital streaming platforms.

Keithian was born in New Orleans, Louisiana, and raised in an extremely creative environment. His grandfather taught him the saxophone and he played in his family’s jazz band until he joined a boy group. He independently released his  Power EP, toured, did residencies, and served as a music director while writing and producing for other recording artists. At the top of 2019, Keithian connected with producer/keyboardist Oliver Delcros-Sainville in a Rihanna session. The pair spent a week working on music for the Pop Goddess but discovered a connection and started  working on songs that become Keithian’s upcoming EP “… to my Pain.” The EP was released on November 13th. Keithian released his first Spanish single “Comunicar” in January 2021. His song “Communicate” went on to peak at #50 on  Mediabase’s Top 40 Charts. His collaboration “Blackout” featuring Kirsten Collins hit streaming platforms, on March  26th, garnering several playlist slots for its acoustic video released alongside it. On June 8th Keithian directed  his latest horror film “Blackstock Boneyard.” On June 30th Keithian released his single, “Go Bae” which landed on  Pandora’s Indie R&B inviting Keithian’s sound to a new audience of listeners. August 18th Keithian released his follow-up single “Chance?” In early November, Keithian released his third single of 2021, “Guaranteed” which peaked at #2 on Spotify’s Jazz Charts.