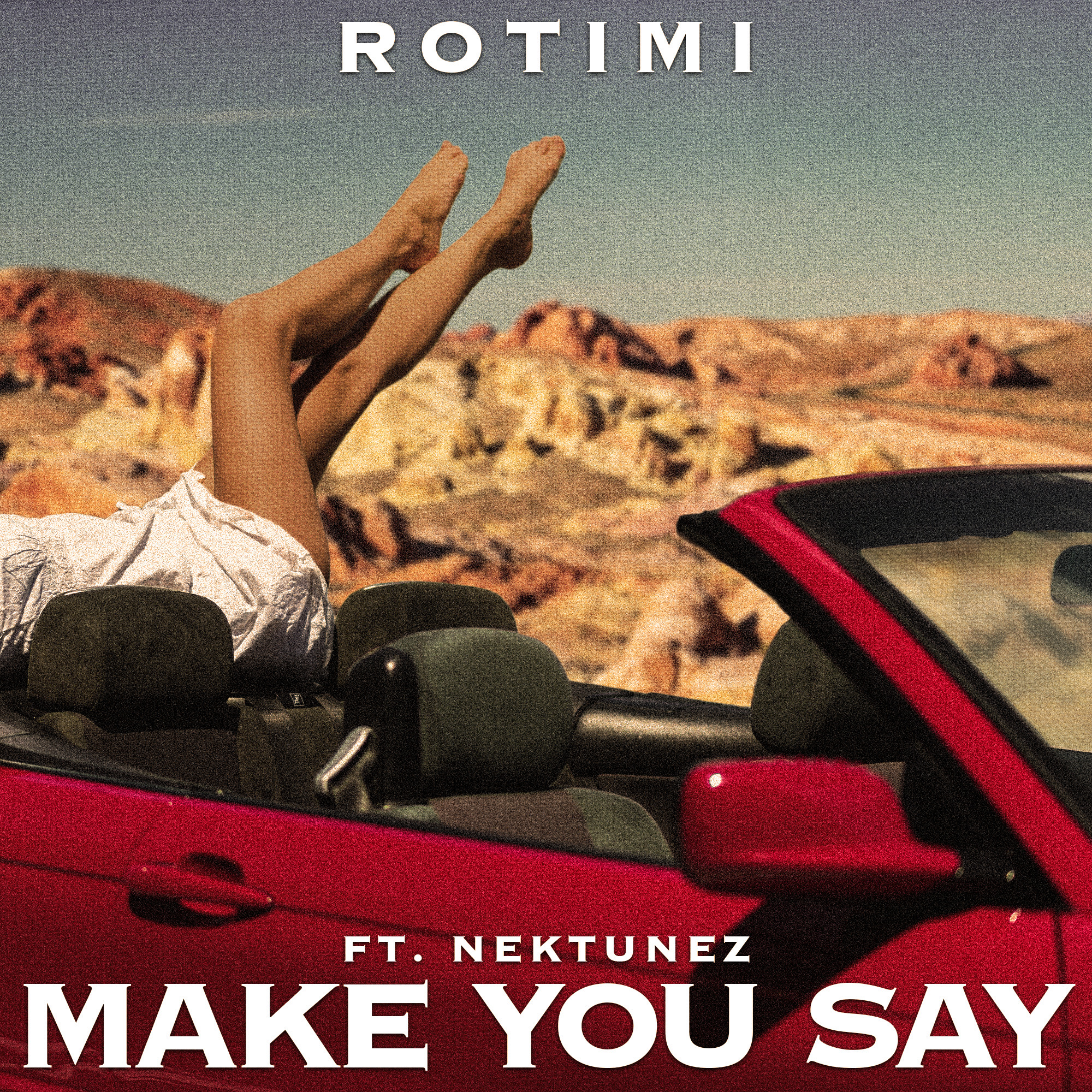 Rotimi’s new single “Make You Say,” which was just released today, is a testament to how music is universal, and diverse and crosses different cultures.

“Make You Say” was produced by Ghanaian producer Nektunez and blends R&B and Afrobeat music. In fact, Romiti is a New Jersey native but Nigerian roots, so this song may be a way for him to recognize and embrace his African culture.

The beginning of song starts off in a chant mode,

Maracas then come in to add the African sound to the song. Rotimi also comes in with his signature ad lib “Baby, baby, yeah.”

Rotimi’s voice rides the beat in contrast with the background vocals, which are also sung in chant mode. Rotimi says “You don’t need nobody/ I’ll make you say/ Oh…The song ends with the chanting “Make you say.”

The song is only two minutes long, but when listening to it, you escape to an exotic place and follow Rotimi’s end-of-summer upbeat release of “Throwback” featuring JNR Choi. The artist also enjoyed recent success as his hit record “Love Riddim” is now officially RIAA Certified Gold. It joins the ranks of “In My Bed” featuring Wale which also received Gold status earlier this year and impressively sits with over 360 million streams across all platforms.

Earlier in the year, Rotimi presented a highly successful headlining world tour, which sold out in numerous major markets including New York, Los Angeles, Boston, Chicago, and more. He performed favorites from his debut album “All Or Nothing,” which has amassed 100 million streams and spawned some of Rotimi’s most captivating music videos such as wedding track favorite, “I Do,” and other focus tracks including “Weapon,” “What To Do,” “Don’t You Ever,” and “Decide.”

Rotimi has expanded his business footprint launching his skincare line FAVR which boasts natural minerals from the Dead Sea. While he was then best known for his acting role on STARZ hit series Power, Rotimi showcases his musical style by infusing contemporary R&B with traditional Afrobeat and dancehall.

Check out the video for “Make You Say” by Rotimi below: