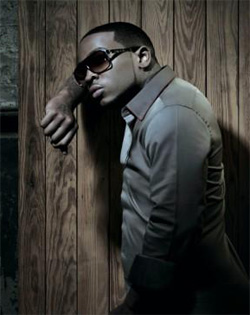 Listening public, meet Marcus Cooper.  Though many knew Pleasure P as a key member of (and, some would say, the driving force behind) Pretty Ricky, the R&B/rap boy band who brought us hits like “On The Hotline” and “Grind With Me,” the Carol City, Florida singer/songwriter is much more than the smooth-talking ladies’ man these sultry, sometimes risqué jams would suggest—on his forthcoming solo debut, Pleasure peels back this facade to reveal himself as, well, a smooth-talking ladies’ man, but one with a preternaturally keen insight into matters of the heart, and a more mature, serious outlook than ever before.

With debut single “Did You Wrong,” a record addressing the necessity of forgiveness and compromise in long-term relationships, Pleasure gave fans a taste of the wisdom and depth he would showcase on The Introduction of Marcus Cooper (due out June 9th via Swagga Ent/Atlantic, but it was the follow-up, “Boyfriend #2” that truly struck a chord with listeners nationwide, achieving chart success in the Booth and beyond and becoming one of R&B’s lyrical themes du jour (as well as spawning a Ludacris-featuring remix).

In an exclusive interview with DJ Z, Pleasure P steps into the Booth to discuss the personal and artistic growth he will bring to bear on his debut LP, the perks of being “Boyfriend #2,” and how he and his business partner, Cuda Love, plan to turn women of all shapes and sizes into incurable Jean Addicts.

Author ThisisRnBPosted on September 20, 2020September 21, 2020
ThisIsRnB sat down for a candid and spirited conversation with the multi-talented, powerhouse inspiration artist, Koryn Hawthorne. She discussed her sophomore album “I AM,”...
Read More