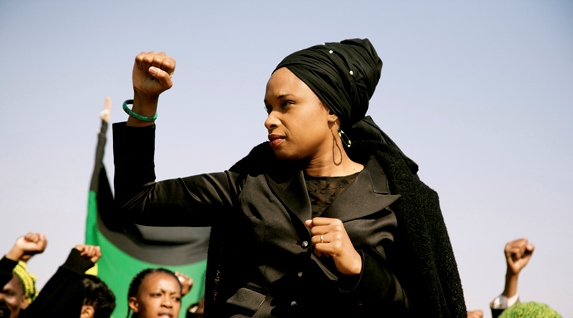 R&B superstar, Jennifer Hudson will be playing the role of Winnie Mandela, wife of the great Nelson Mandela in the upcoming film, Winnie. The movie will chronical the challenges before and after Winnie Mandela’s husband was emprisoned.

Not being able to take this injustice lying down, Winnie became an activist and not long after found herself being accused of misconduct. Don’t expect to see a very gloomy and depressing movie though, the film will focus on the encouraging and empowering love story that was shared between both Nelson(played by Terrance Howard) and Winnie. The Darrell J. Roodt directed film is expected to hit theaters in 2011. Watch the trailer here.