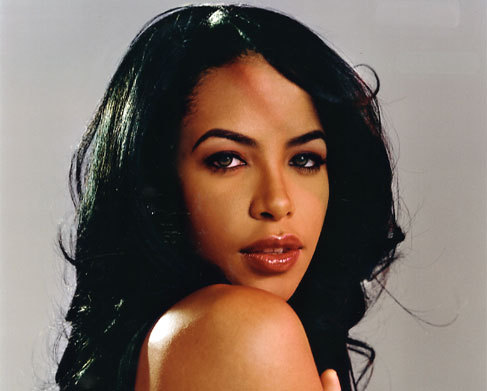 In celebration of it’s 10th anniversary our friends over at YouKnowIGotSoul have released an in-depth feature on the creation and history of the late, great Aaliyah’s self-titled third studio album, Aaliyah (2001). This is an intensive piece, and a must read for any Aaliyah fan.

YouKnowIGotSoul has always respected and greatly admired the work of Aaliyah. Despite her untimely passing that ended up cutting her rise to super stardom short, we have a great appreciation for the legacy she has left behind. Now ten years since the release of her final album, we have discovered that the support by her fan base has not wavered over the years, and is astonishingly still as strong in numbers as ever. It seems that Aaliyah truly had a special impact on anyone she came into contact with, whether it be in person, on TV, or though her music. We took this opportunity to commemorate the ten year anniversary of her “Aaliyah” album which many considered her best work. For this article, Tom and Kyle from YouKnowIGotSoul tracked down many who were involved in that final projects for a series of original interviews to discuss their contributions to the record and give a never before seen detailed behind the scenes look into the making of this classic. Participants in these interviews included: Bud’da (producer), Rapture of Keybeats (producer), J-Dub (producer), Digital Black (of Playa), Tim Barnett (Static Major’s personal assistant), Tank (artist/writer) and Craig Kallman (CEO of Atlantic Records). As avid fans of Aaliyah ourselves, we hope to help contribute to the legacy of Aaliyah and do our part to keep it alive; it’s the least we can do for an artist whose music had such an impact on our own lives.

There is no doubt that Aaliyah’s career was on the fast track to super stardom. The release of her “One in a Million” album in 1996 propelled her into the mainstream, caused her to become a household name, and with the help of Missy Elliott and Timbaland ushered in a sound that had never been heard in r&b. Her star rose even higher with a starring role in her first feature film, the critically acclaimed “Romeo Must Die”. This rise to fame was culminated with her first number one single “Try Again”, another Timbaland production and her second consecutive successful single penned by Blackground label mate Static Major.

Craig Kallman: “Static was an incredible talent and really to this day an amazing songwriter and they just had great chemistry, which is why it worked. They were definitely a spark to an engine, terrific creative chemistry together so that’s why it was a successful collaboration.”

Following the release of the film, fans were anxiously awaiting the release of a follow up to the “One in a Million” album. There was one problem though; Timbaland and Missy Elliott, both of whom were major contributors on the previous album, were having disagreements with Blackground at the time and thus were unavailable to work on the project. However, as someone once said: “One man’s problem is another man’s business opportunity”. With Timbaland and Missy seemingly out of the picture, the door was open for some of Blackground’s lesser known writers and producers to shine on the “Aaliyah” album.

J-Dub: “Starting in 1999, I moved out to LA, I hooked up with Barry Hankerson and he signed me to a management deal. And around the same time, Barry got the huge deal with Virgin where Babygirl was at. So basically, I was already at the camp when it came time to work on it because Barry basically assembled like another Bad Boy except on the West Coast. It was me, Bud’da and a few other producers.”

Bud’da: “I got the opportunity to work on the Aaliyah album because at the time, I had a production and label deal with Blackground. And Static had been over there for years prior to me going over there. I had worked on Tank’s record and it allowed me the opportunity to meet Aaliyah and hook up with Static and begin to submit joints for Aaliyah’s record.”

Rapture: “We did a showcase for Playa and some artists on Def Soul. So that’s how I met Playa, so then we did several shows with them and there was one show they had coming up with Timbaland, so we ended up doing that show with them. Then Timbaland asked us to do a TV show for him and Magoo and we did that. Then Playa had another showcase at the House of Blues in LA, but that showcase had the entire Blackground camp. They were all there and they wanted to work with us too, so we ended up doing Aaliyah, Missy, Ginuwine along with Timbaland. Magoo and Playa. That’s how the whole connection came about, and then Static was like ‘I know you guys got some tracks too,’ so I let them hear some of the tracks we did and he mentioned it to Timbaland, and he mentioned it to Missy and we ended up doing work with them. And then through the work with them, Aaliyah was like ‘I would like to get down with you guys too’. From then we did Romeo Must Die. We didn’t do songs with Aaliyah, but we did a song with Chanté Moore, Destiny’s Child and Dave Hollister, but from those songs, she had already told Blackground that she wanted us on the next album. So after Romeo Must Die, that’s what started it and we started working with her.”

Digital Black: “We were being managed by her uncle Barry Hankerson and her cousin Jomo and we were also signed to their publishing company, so the relationship was already made.”

Tim Barnett: “Static came in the picture when Timbaland and Missy were having disagreements with Blackground. If Tim and Missy were there, Static probably wouldn’t have had a chance to work as many records as he did.”