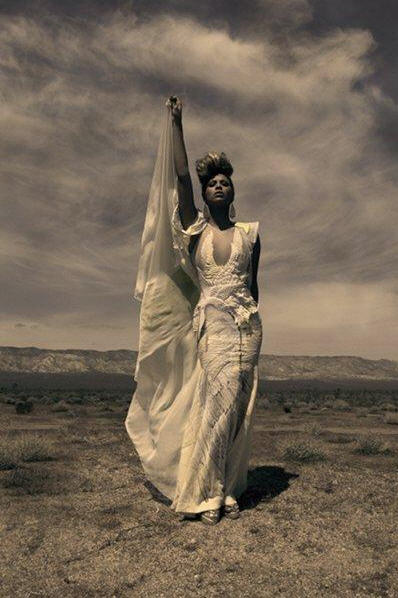 The queen Bey is prepping for a busy week. After much anticipation, it was confirmed earlier today that the premiere of her video for “Run The World (Girls)” is set for this week. The Francis Lawrence directed video will be the first visual to be released from the superstar’s forthcoming album 4.

In addition, I heard today that Ms. Knowles will be hitting the stage this week to record a performance for Oprah Winfrey’s final show, which is scheduled to air next week May 25th.

Find out when and where “Run The World (Girls)” premieres after the jump, plus the very first review of Beyonce’s 4

As if fans of ‘American Idol’ didn’t already have an incentive to tune in this week, they will be pleased to know that the visual for “Run The World” will make its debut on this Wednesday’s episode (May 18th).

The visual was initially set to be released last Friday on VEVO, but was delayed after it was confirmed the budding icon was still in the process of “perfecting it”.

Are you looking forward to the video?

ConcreteLoop and a few other bloggers were given an exclusive private invitation to preview Beyonce’s new album at Sony. Read below their description of the event.

Early Wednesday afternoon Concrete Loop was invited to an exclusive listening party for Beyonce’s upcoming album, 4. Along with 10+ of her devoted SUPERfans, we had the chance to meet the star, who sat down with her during the 5 song preview. We also viewed the video twice.

Although cell phones and cameras were confiscated during the listening/viewing sessions, we were only able to make note of previewed songs as Beyonce intimately explained each song to in the room. Among those in attendance: Jason, editor of Beyonceworld.net, who was flown in from Australia. There were also super fans Shykeem Smith (who Beyonce said helped named the new album) and Jamal Walker (who thought he was dreaming when she walked in). Unfortunately, Beyonce’s staff asked that we not disclose any of the song titles (insert your awws here), but we’ve decided to go ahead and give you a little description of the songs that were heard as well as quotes from Ms. Beyonce herself

Song 1. The song is very mid-tempo. Vocally loud on most of the songs. Many of the Beyonce fans in attendance knew this song by heart because a snippet was released earlier this year. Beyonce stated that this was her nephew Julez favorite track and that it was heavily inspired by Fela Kuti while creating the song. (4/5)

Song 2. The second song they played for us was another mid-tempo ballad. In the track Beyonce sings, “You don’t deserve my tears,” “Thank God you blew it,” “Sucks to be you right now” and more. Reminded us of “Irreplaceable” with the song content but overall the song was good. Beyonce said Babyface wrote the track for her and told CL exclusively that she was“very emotional in the studio while recording”. (3/5)

Song 3. The third song they played us was another ballad ish song. Very moody and dark with hints of rock and soul. There was one part of the song that the guitar would play and she would copy the melody with her voice. Loved that part. Beyonce said she worked with songwriter Jeff Bhasker on the track and was inspired by all the rock concerts she attended last summer. (4/5)

Song 4. This song was very interesting to us. Beyonce said herself that she felt like a mad scientist in the studio while recording this track and it was like 6 songs into one. The song starts off slow and then goes into a reggae vibe. Very electronic and has a dancing beat. Great for the summer time and everyone in the room was moving to the beat including Beyonce. Beyonce said that Jay-Z liked the track. (5/5)

Song 5. This emotional track was by far the best song out of the 5 we heard. Beyonce sings about her love and says, “Don’t know much about guns but I’ve been shot by you.” Vocally strong and we could tell Beyonce was attached to it. Her head was down during the listening as if she was hiding tears. CL asked her if how she is in the studio during recording ballads because her emotion sticks out on the song and she said sometimes she gets lost in it. (5/5)

OUR NOTES WHILE WATCHING THE “RUN THE WORLD (GIRLS) VIDEO
They say we are the first to watch the “Run The World (Girls)” video. (Her fans start to get excited) Video starts. Beyonce walks on, she’s on a car dancing about. (Fans are hyperventilating. LOL.) There is a Lion that walks up to her and she pets it. The dancing in the video is dope, she is going in. She moves her shoulders to the beat in a feather bolero. Beyonce sticks up her middle finger in the video but it’s blurred out. Actor Collins Pennie is co-starring in the video. Beyonce holding two hyenas on leashes. She is kicking up dirt and dancing with her army of girls. Beyonce does some type of aerobatic move in the dirt; rolling around real expressively. Overall, the video was hot and adds to the song. (5/5)