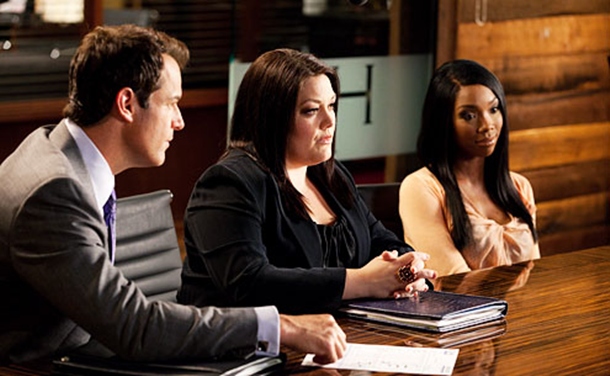 Brandy is slowly working her way back into Hollywood. The former “Moesha” star will guest-star on “Drop Dead Diva,” starting September 4th, where she will portray a sexy nurse who seeks the counsel of lead character Jane Bingum when her father’s life insurance company refuses to pay out his policy.

According to TVGuide.com, Brandy’s role on the show will stretch over several episodes, possibly extending into next season.

“I’ve been a huge fan of Brandy from her earliest days in television,” show creator Josh Berman tells TVGuide.com. “When we met to discuss her role on Diva, she was so warm and kind. I was thrilled to discover that she had actually watched every episode of the series and is a huge fan. I’m excited for the viewers to see Brandy’s arc.”

Brandy, who appeared on “Dancing with The Stars” and her family reality show “Brandy & Ray J: A Family Business” on VH1 recently, also has a recurring role on the upcoming season of 90210 this fall.

BEYONCE'S PREGNANCY AFFECTS PRODUCTION OF "A STAR IS BORN"