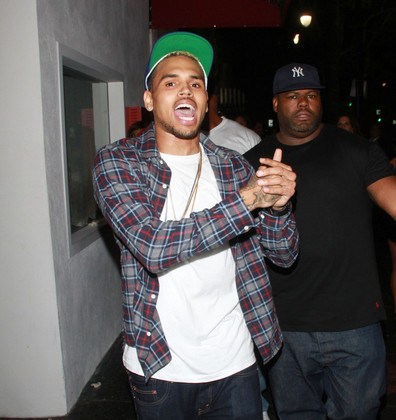 I wouldn’t expect this from CNN or Anderson Cooper but it seems Chris Brown has more and more enemies in mainstream media. Following in the actions of FOX News, CNN 360 host Anderson Cooper recently aired a scathing clip slamming the “She Ain’t You” singer; this time, for his participation in the upcoming romantic comedy Think Like a Man (a movie adaptation of the Steve Harvey self-help book).

See Brown’s Twitter response and the clip that prompted it after the jump.

This seems very low for Cooper and CNN, clearly not important news. Granted Chris had done this share of irresponsible and questionable things, but this was quite rude. He’s not a politician, he’s an entertainer, and rock stars do stupid stuff sometimes. Why are we still dwelling on it? He’s not running for office, he’s in a movie!

ON THE ROAD WITH HAMILTON PARK (VIDEO)