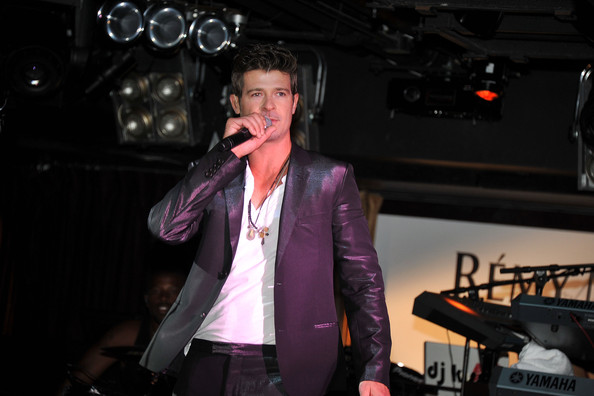 Robin Thicke lets his animal instincts out on his brand new song “I’m An Animal.” The funky uptempo is the first music we are hearing from Thicke since he became a father, and the first and title track off his anticipated fifth studio album (I’m An Animal). The album title and theme of this song aren’t exactly what we would expect to hear from a new father. While it seems good so far, it’s not the smooth soulful rhetoric we have come to love from the blue eyed crooner. Thicke also recently previewed another new song off the album titled “Pretty Little Heart,” which is much more along those lines.

Check out both below.