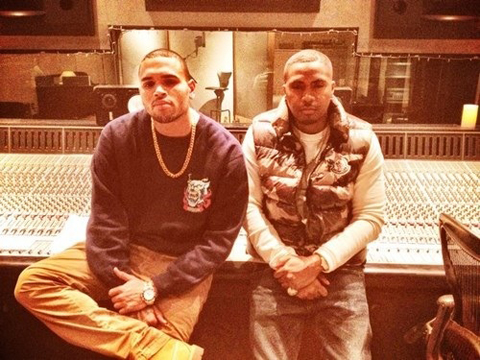 Chris Brown will keep the all-star rap features going for his anticipated fifth studio album Fortune. The Grammy nominated R&B star has enlisted Queensbridge finest — Nas, for a collaboration which he confirmed via Twitter.

This is not a first for time for Nas and Brown. They collaborated on the rappers 2008 single “Make The World Go Round,” taken from “Untitled”.

Fortune has already produced a video for the Kevin McCall-assisted buzz single “Strip,” and the first official single “One Of Those Nights,” featuring Will.i.am is expected to impact radio on January 30.