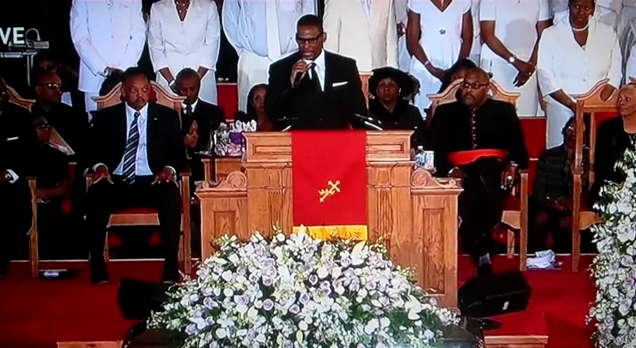 Whitney Houston’s loved ones gathered to say farewell to the legendary singer they called “Nippy” at a private funeral in her hometown of Newark, New Jersey, on Saturday. Her fans across the world were able to view the homegoing service, which was broadcast globally from the New Hope Baptist Church, where Whitney grew up.

Stevie Wonder personalized his classic “Ribbon in the Sky” for his dear friend. “This is such an emotional moment,” said Wonder. “I want to just stop and give all praise to God for just allowing me to be in life at the same time as Whitney.”

A visibly shaken R. Kelly performed “I Look to You,” the song he penned for Whitney’s 2009 album. “We love you, Whitney. Rest in peace,” he said.

If you were unable to see the live stream earlier today, catch the performances below.

BEHIND THE SCENES: TEAIRRA MARI "U DID THAT" VIDEO SHOOT