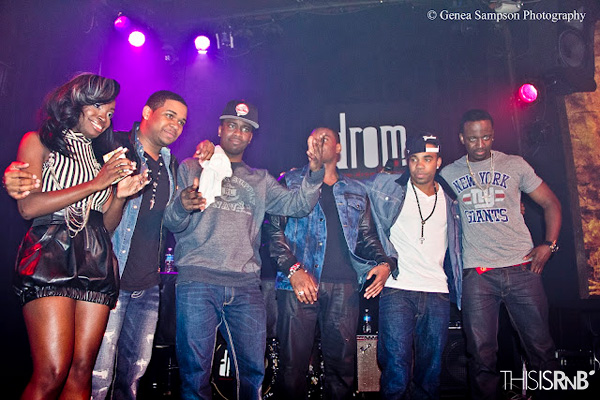 Monday night it all went down in the lower east side of NYC at Drom lounge. ThisisRnB.com in association with HitBoxMusic and Jovonn The Last Don of Power105.1 held the first New NY R&B Showcase. The event was a major success, in not only the attendance, but in pushing forward with keeping R&B music alive, including featuring and introducing emerging talent to music fans and the industry.

The show was kicked off by Cocoa Sarai and her amazing full band. The energy was nonstop right from the jump, Cocoa soared vocally, as her beatboxer kept the crowd goin. She capped off her set with buzzing single “Raining In My Room,” to loud cheers and applause. Second up was up & coming 4 man group Gotham Citi, who are working with Bryan Michael Cox. The young men brought the ladies in the house down with their Jodeci cover and continued on debuting some of their original material, including the catchy single “Bedroom Floor.” The headliner Terrell Howard made his stage entrance in star form, backed by choreographed dancers, DJ Reg West and colorful lighting. The BK native tore through his original songs, including “Sex In My Whip,” but also took time to show his softer side as well, as he intimately sat at the edge of the stage crooning to the crowd.

Check out our photos from the performances below…