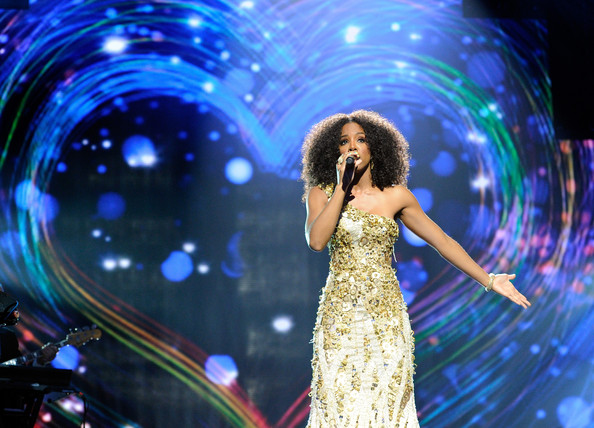 Kelly Rowland … three times. We were still waiting on maybe another single off Here I Am, but that seems bleak now. However, the Pop R&B star has been working on new music, and looks to continue with her return to “R&B.” On her latest album she delivered a mixture of genres, including her recent fling with dance and euro, the 31-year old singer is supposedly returning to her urban roots with her next album.

Singer/Songwriter Lonny Bereal, who will release his debut album Love Train on Tuesday, March 27, confirmed the news on a recent interview with Kempire Radio,

See what Lonny had to say below…

She has been singing so amazingly and her voice just so pure. Her delivery is real confident now. It’s definitely a new Kelly Rowland. She wouldn’t even let me put autotune on her voice this time round. She was like “no, I want people to really get me”. She’s killing everything from the uptempo’s to the ballads.

My involvement with the project has been amped up to be more like how I worked on ‘Ms. Kelly’. With the last album, I only really wrote ‘Keep It Between Us’ and vocal produced her on like 4 or 5 songs that I didn’t take the credit for. On this new album, I am actually vocal producing the entire project. The album is coming together amazingly and she’s sounding great. She has a new confidence and knows what she has now, so it’s sounding great.

Let’s be honest, we have heard this before. With the R&B genre at a place of progression and re-invention what do we really expect to hear from Kelly. A stronger vocal is one thing, that should be a given at this point. Will the “blues” be evident though?? This is what is often lacking, creating records with soul and blues in the feeling and lyrics and then connecting it with a modern twist. Needless to say, we are hoping for the best from Ms. Rowland and looking forward to her “R&B”.

LIVING THE LIFE: ON THE SET OF THE LEAH LABELLE VIDEO SHOOT