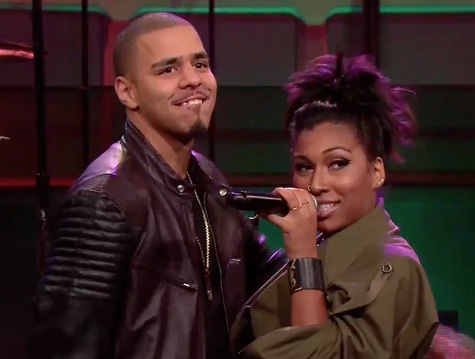 Melanie Fiona capped off her release week by hitting up “The Tonight Show with Jay Leno” on Friday. The Grammy-winning singer was joined by her Roc Nation brother J. Cole, for a rousing performance of “This Time,” the latest single off her sophomore album The MF Life, which is expected to sell 27-30,000 copies in its first week. *sidenote: It deserves to sell WAY more than that!

Watch their performance below.

PHOTO: USHER HITS THE LAB WITH LABRINTH IN LONDON