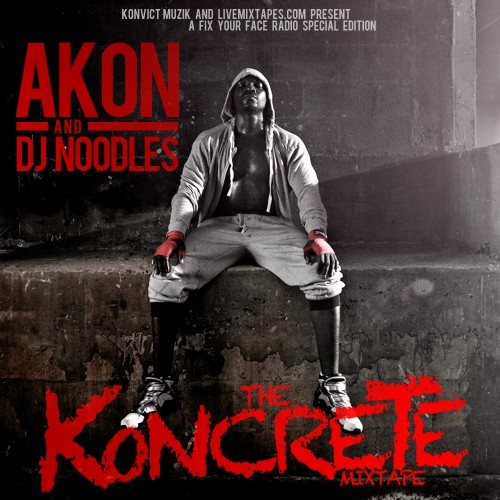 Akon has decided to give back to the streets that made him with a brand new free mixtape. As many have become leery of the release his oft-delayed album Stadium, the worldwide hitmaker delivers this new project to hold fans over, as he continues to prep the LP. With his latest Jerry Wonda-produced street single, “Hurt Somebody” featuring French Montana, building buzz he teamed up with DJ Noodles for “The Koncrete” Mixtape.

The tape mainly features unreleased and leaked material from the past year or so, now mixed & mastered. Follow the jump for the tracklisting, stream and download link. 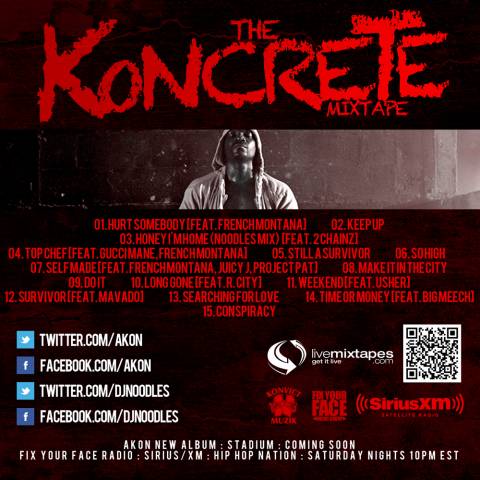