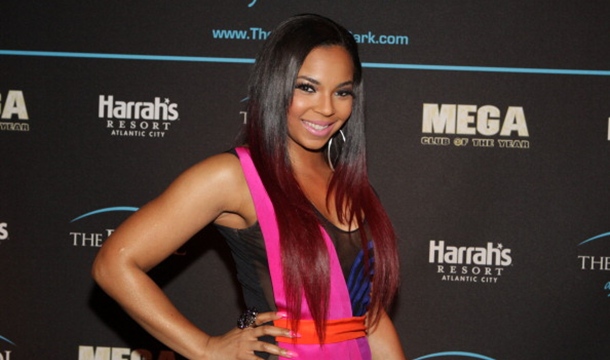 Ashanti’s forthcoming album Braveheart was most recently scheduled to hit stores June 19, however a new pushback is likely to be announced soon. The R&B songstress recently paid a visit to Atlantic City where she hosted a party at ‘The Pool After Dark’ at Harrah’s. In an interview with CBS, she revealed some more details about the songs on the LP.

“The album will be out this summer; very, very very excited. I actually got a mix while we were traveling on the way here—I got the mix emailed to me about one of the records that I’m going to be releasing very soon so I’m really excited about that.”

She continued to describe the album … “This album is very drum heavy and melodic. I’m talking about a couple of things that are very drastic and paints a very vivid picture so I’m excited.“