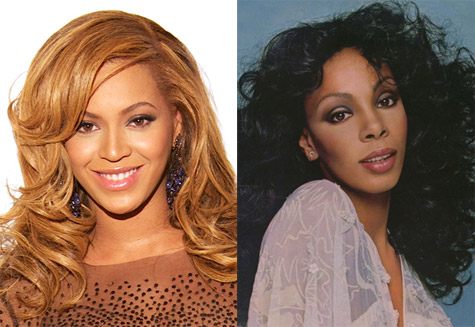 Beyoncé is one of the many female performers who was inspired by Donna Summer. The pop superstar paid tribute to the late disco diva, who died at the age of 63 on Thursday, with a letter on her website. “She was so much more than the queen of disco she became known for,” wrote B, who sampled Summers’ “Love to Love You Baby” on her 2004 hit “Naughty Girl.” Read B’s words below…

Donna Summer made music that moved me both emotionally and physically to get up and dance. You could always hear the deep passion in her voice. She was so much more than the queen of disco she became known for, she was an honest and gifted singer with flawless vocal talent. I’ve always been a huge fan and was honored to sample one of her songs. She touched many generations and will be so sadly missed.

My love goes out to her family during this difficult time.