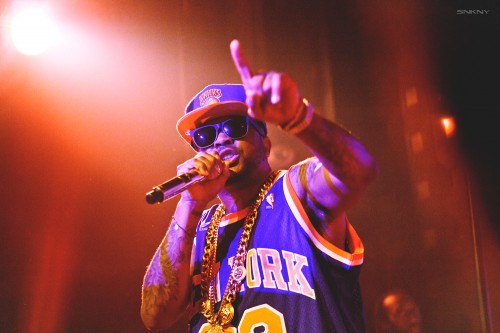 The-Dream has been quiet as of late, but today he took to Twitter to announce the official release date for his anticipated fourth album, the latest installment in his ‘Love’ series.

Love IV MMXII will arrive on August 14, he announced. The follow-up to 2010’s Love King features the single “ROC” as well as collaborations with Mary J. Blige (“Divine”) and Gucci Mane (“Paid”).

The Grammy-winning singer-songwriter channels R. Kelly on “Foreplay,” takes thinly-veiled shots at his R&B counterparts on “Talk That Shit,” and owns up to his flaws on “Ya’ll.”

“LOVE IV is the BEST Album I’ve made,” he tweeted. “I don’t care what the sales will be. I will do my best to Challenge your Taste And Knowledge. I will Leave no Holes in this Album Period, no room to be Hated only Adored or simply just say ‘you don’t fuck with me’ but what U won’t say is Dream Album is Mediocre or Sucks.”