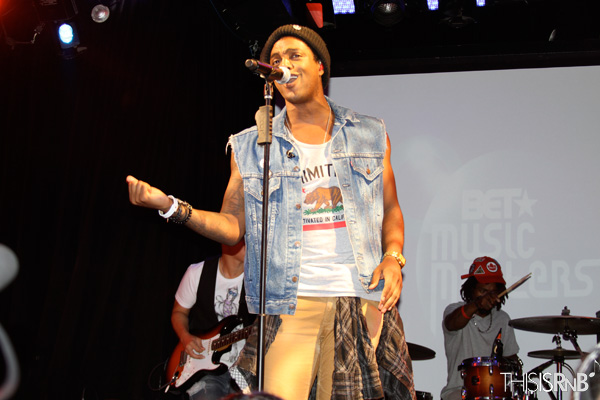 Tuesday night, Austin Brown made his performance debut in New York City for BET Music Matters showcase at Santos Party House. The ‘backpack kid’ himself was introduced by soul singer Charles Perry, who got the crowd hype. The LA native stormed the stage, with his wild dance moves, backed by his full band, they wasted no time getting the house rockin.

Austin introduced himself for the very first time to many in the crowd, as he showed off his multiple performance talents, and guitar skills. Though the set was fairly short, it was easily his latest single, the hand-clap, fast paced jam, “Menage a Trois,” which had the building shaking. Earlier in the day Brown introduced the music video on BET’s ‘106 & Park’ along with his new manager Jermaine Dupri.

Check out more photos below…