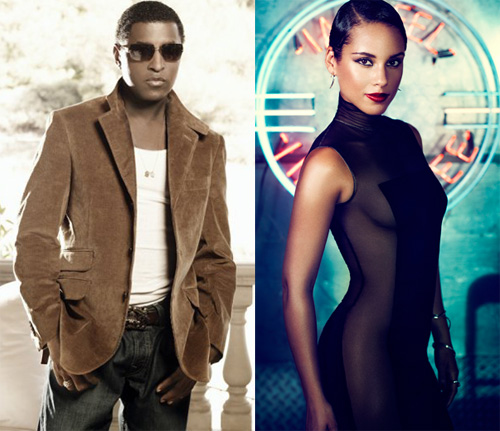 Alicia Keys decidedly sought out collaborators she had not worked with before, for her upcoming fifth album Girl On Fire. Among a list of very creditable names the R&B songstress worked with Kenneth “Babyface” Edmonds, for the first time in her career. As part of her cover story in the latest issue of Billboard Magazine, Edmonds comments on his session with Keys and how he discovered who she really is.

Edmonds says it was a phone call invite from Keys’ camp that set things in motion for him to fly to Jamaica to collaborate with the singer/songwriter on the simple, acoustic guitar-laced love song “That’s When I Knew.” The idea for the song came to him as he watched Keys sing and play in the studio.

“I experienced the full essence of who Alicia is, and a song idea clicked with me right then,” says Edmonds, who had met the singer only a couple of times beforehand. “Watching her sing, her emotion . . . that’s when I knew who she was and how special she is. I call her ‘Sunny Vibrations.’ You’re never sure of how a collaboration is going to go. But writing with her was so easy. We were on the same page in terms of words and melody. She writes from the heart.”

Emeli Sande In Love with Song She Wrote for Rihanna