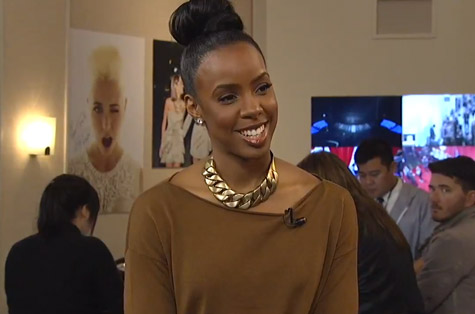 Kelly Rowland made a guest appearance during the live pre-show of ‘X Factor’ US to share some expertise. As a former ‘X Factor’ UK judge, Kelly offered some words of advice and encouragement to the contestants on the show and possibly any aspiring artists watching. Speaking with hosts Adrienne Bailon and Jesse Giddings, the R&B star also provided an update on her upcoming album Year of the Woman, which is now in the early mixing stage.

“I’m very excited about this album, due out the first quarter of next year,” said Kelly.