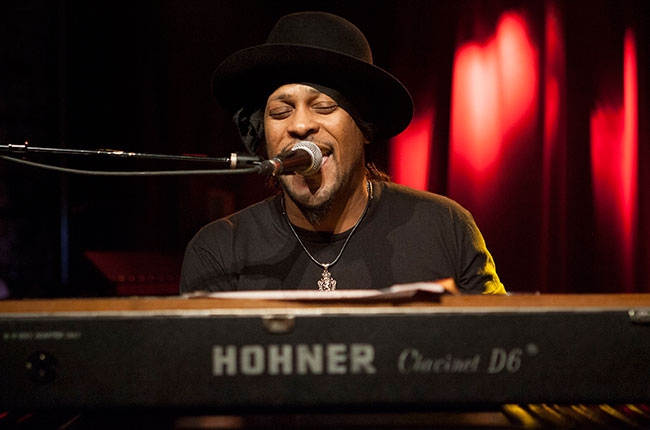 Since D’Angelo made his unexpected return last year and hit almost every big stage, fans everywhere have been holding their breath for the crooner to finally release his new album. On Monday night, D’Angelo and Questlove held an intimate jam session at New York’s Brooklyn Bowl for the ‘Soulquarians: Brothers In Arm’ show. According to Billboard the concert ‘teetered towards the religious.’ The longtime friends and collaborators revitalized any doubtful fans anticipation of D’Angelo’s return.

The one-hour set was an inside peek at the duo’s studio sessions. Both performed a 10-song mashup of the singer’s vintage to virgin cuts (“Go Back to the Thing,” “Really Love”) and funkadelic-soul classics (Bobby Womack’s “Woman’s Gotta Have It,” S.O.S. Band’s “Tell Me If You Care,” Prince’s “New Position”), transitioning from song to song with just a swift strike to a key and a seductive groan.

Check out the video clip below and the full set list.

In between two-stepping, singing along and even competing with D’Angelo’s signature falsetto, concertgoers glared in disbelief at the magic Questlove and D’Angelo so organically created.

The jam session was therapy for all, including D’Angelo. “Let him know that he’s loved… cause if you don’t you’re gonna be waiting [until] 2042,” Questlove said to fans, pleading for them to cheer louder for D’Angelo as he blushed and crouched down behind the keys.

D’Angelo is back. There’s no need to ask Questlove anymore.

“I’m tired of people calling me, asking me about the record!” Questlove joked, right before D’Angelo left every one in attendance speechless with an encore of “Lady.” “Is the record almost finished?” he turned and asked D’Angelo.

Check out the set-list below:

Kelly Rowland: 'I'm A Grown Woman Now, It's Time To Do Grown-Woman Things'