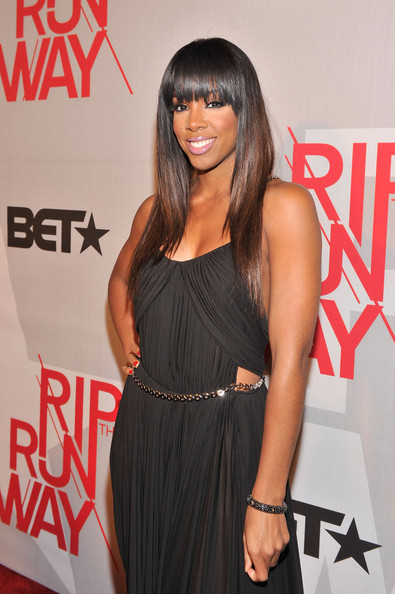 Kelly Rowland is finally letting her guard down and putting her real personal life on record. The singer will be releasing the music video for her steamy single “Kisses Down Low” very soon, and while she continues to finalize her upcoming fourth album, she spoke briefly with RollingStone about the projects new direction, sharing real intimate stories and embracing her grown woman.

“Kisses…” is a piece of the story of Talk A Good Game, but Kelly has a record titled “Dirty Laundry” which is sure to have people talking.

“I’m really honest on this album. There’s another song that I have, “Dirty Laundry.” Even the title track is about relationships – the ins, the outs – all the interesting moments of relationships. I’m really ready for people to hear this album. It’s kind of hard to keep it to myself.”

In regards to the song “Dirty Laundry,” Kelly revealed, “It’s the first time I’ve been so stripped away and naked. I had help with that, and that help was The-Dream. I was in the studio with Dream and he said, “I just want you to get deeper. The people want more. They want to be led into your life and know more about you.” And I said, “Oh, God!” It’s really nervous, because you don’t know what people are going to say. In this moment, I really don’t care. [Laughs]”

In a previous interview Kelly admitted how inspired she was from Beyoncé’s documentary and how she felt inspired to start keeping her own computer journals. When asked if she has begun she shared, “I have, and I really like it. I think it’s really important. That way, you look back and see how far you’ve really come. For now, I’m gonna keep it private just for me.”

But, music isn’t the only thing creative activity in her life right now. The Houston-native has plans to start a new accessories and shoe line.

“I want to do a line of accessories and shoes. I’m working on that right now. I always draw something in my tablet that I carry and I always have ideas on accessories, on what I would change or [how I would] hook certain things up. I want it to be affordable but luxurious, that every woman can have and feel sexy and fly in. I’m working on it. I’m headed to L.A. now to make sure of that. Early, early talks and early stages, but yeah, I’m a grown woman now, and it’s time to do grown-woman things.”

D'Angelo Returns To The Stage at Brooklyn Bowl (Video)