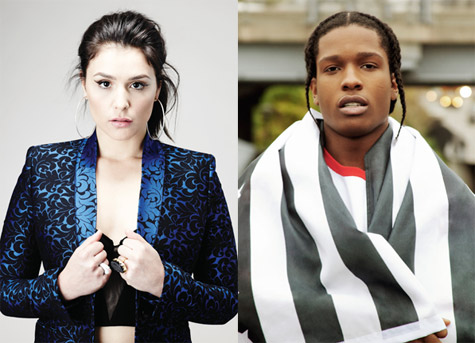 If you aren’t familiar with the name Jessie Ware yet, take notice. The singer is another vocal powerhouse from the UK who has extremely impressed with her debut album Devotion, which is finally being released in the States on April 16. In promotion of the new release Jessie recruited popular NYC rapper A$AP Rocky to remix her single “Wildest Moments.”

“I don’t care about her being a star, I just think she has a beautiful voice and a lot of talent,” he told the BBC.

The feeling was mutual. “I’ve wanted to work with him for so long, I can’t even tell you. I’ve been trying to get through to him; I’m desperate!” Jessie told MTV News. “Apparently he’s very charming, he’s a gorgeous boy, and he’s amazing.”

While, you wouldn’t consider this a R&B record, Jessie is a strong vocalist you should have on your radar. Take a listen below: