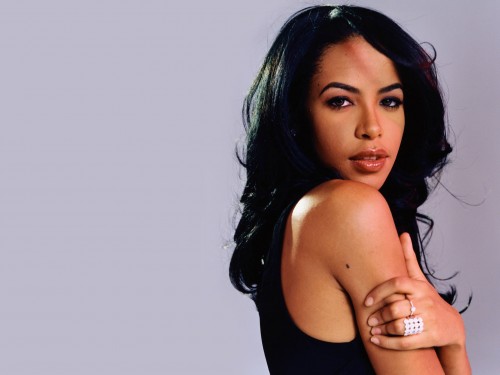 The record was originally recorded with singer/songwriter Digital Black of ex R&B group Playa, who was a collaborator of the late singers, along with his partner, the late Static Major.  Due to circumstances the track was never released, however it did leak online eventually.

Black recently spoke to our friends at YouKnowIGotSoul.com about the songs history and creation, his feelings on it coming out now, and Chris’ version.

On the origins of “Don’t Think They Know”: It was a trip, J-Dub gave me the track in Australia when Aaliyah was working on “Queen of the Damned”. It was one of those records that I specifically wanted to do for the fans because Aaliyah really cared about her fans. It was a song to give back to them. Just knowing her and being around her, I just tried to write a record to let the fans know that we would do this thing for free because it’s an honor for people to appreciate our music. We recorded the record when we got back to LA and that was after they had mixed and mastered the album, so it was supposed to be on Playa’s album.

On Chris Brown remaking the song: I was blessed, I felt it was an honor because of how many songs Static and I had recorded that haven’t been released. For him to choose a record that was probably already heard, it was an honor. In this business, you do it with a chance of making money which is good, but for me it was also confirmation that the Playa sound is still alive. I always felt we were underrated as a group, so it’s just confirmation that years later, a record that wasn’t even heard, would come out. It just shows you that you’ll never know how long it takes for that seed to become a tree, but once it becomes a tree, it bears a fruit. It’s a blessing.

On Chris Brown’s version: I love it. I’m a fan of Chris Brown. He’s one of the true singers in the younger genre of R&B/Pop. I’m just being honest, it’s a dope record. I love what they did.

New Music: Mack - Own It