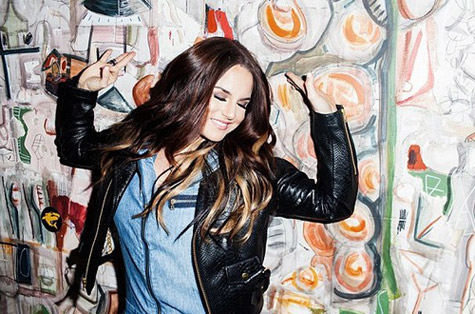 Praise. After being stuck in limbo for seven years, JoJo has finally taken the proper steps to get out of her jail-like deal with Blackground Records.

According to the New York Daily News, JoJo has filed a lawsuit against Da Family Records and Blackground Records claiming that under New York State law, minors cannot sign contracts that last more than seven years.

JoJo and her parents signed a contract in 2004 when she was 12. She argues that her contract was up in March 2011.

The 22-year-old has had a highly-publicized battle with her label and has not released a commercial album since 2006′s The High Road.

She recorded her third album and even shot the packaging, but the label would never give her a release date. “Blackground Records lost their distribution deal through Interscope, and if you can get the answer from them on why that happened, that would be a miracle,” JoJo told BuzzFeed in May.

Her fans have written to Blackground and organized “Free JoJo” movements on Twitter to bring awareness to her label situation.