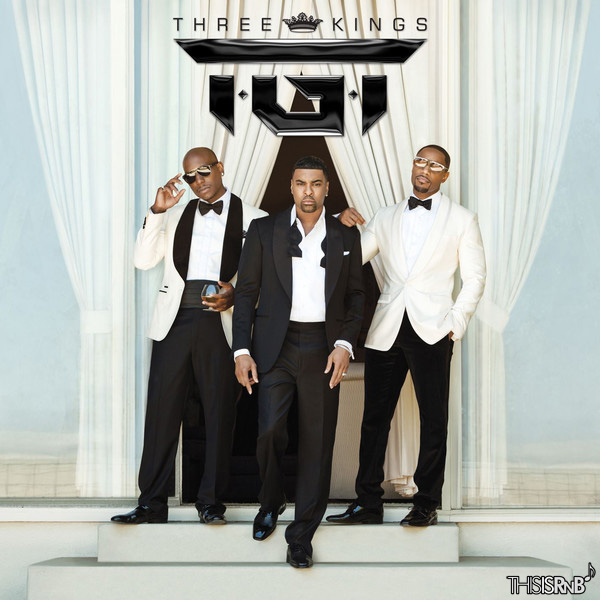 It’s rare that contemporaries such as Tyrese, Ginuwine and Tank would put aside their individual solo successes to form a super trio like TGT. R&B’s much talked about “decline” has given rise to a rather competitive musical terrain, where solidarity is seldom embraced. But rather seeing each other as competition, the men of TGT join forces to become R&B saviors, while avoiding the trappings of hip-hop and pop influences that have deflated the quality of a genre once known for its “rhythm and blues.”

Offering classic bedroom music, TGT’s debut album 3 Kings is primarily geared toward their female listeners, providing a steamy soundtrack of pure sensuality. But the trio isn’t in the business of sugarcoating their music like many of R&B’s young contemporary artists. On the 17-track album, TGT reminds us that not only are they on their grown man status, but they’ve practically perfected the art of sex music. Long before girls were screaming the names of Chris Brown and Trey Songz, women were throwing their panties at Tyrese, Ginuwine and Tank during the heights of their solo careers in the ‘90s and early 2000s.

But on 3 Kings, TGT proves that they are far more stronger in numbers. On songs like “Hurry” and the emotional ballad, “I Need,” their voices blend perfectly amid tantalizing melodies and passionately conveyed lyricism. TGT’s vocals soar on Hurry, a slow and sensual record that best displays their signature baby-making sound. There are no forced artificial efforts to sell sex, though. Like the veterans they are, TGT are naturals at approaching topics relating to the female anatomy and the art of making love (see “OMG” and “Sex Never Felt Better”).

On the album’s opening track, “Take It Wrong,” the fellas are smooth as white wine, exchanging splendid vocals on a mid-tempo production that best illustrates their bridge between the old and new school. Tyrese’s alter ego, Black-Ty, makes an appearance on the song, which is one of only two rap features (Problem) on the album, making it clear that authentic, unadulterated R&B is the project’s premiere focus.

Vocally, where in most group arrangements, one singer tends to overshadow the others, TGT has no obvious lead singer, and rightfully so. Each member brings a distinct voice and layer of soul to the group, which is what makes TGT such a gem in R&B music today. There’s no question that had the trio formed during the days when R&B male groups dominated the scene (i.e. Dru Hill, 112, Jagged Edge, etc.) TGT would have certainly given them a run for their money. The brilliance of TGT’s formation can be likened to if three of R&B’s most impressive female veterans – say Mary J. Blige, Faith Evans and Kelly Price – all came together on one album. Tyrese, Ginuwine and Tank sound as if they were destined to unite, creating probably one of the most exciting unions in R&B history.

Though some may have been skeptical of their formation back when they first took a stab at it on Tank’s “Please Don’t Go (Remix),” this album reveals that TGT is as serious as a heart attack. Sure enough, this is no gimmick. The three have assumed their positions, taking up their crowns as the undisputed kings of R&B. And with music like this, who would argue otherwise? If there was ever a time when R&B was believed to be dead, TGT has certainly resurrected it…indefinitely.