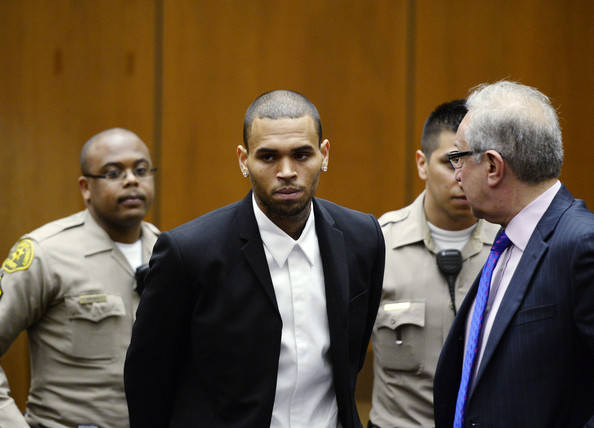 Chris Brown is speaking out about his recent sentencing, following claims of a probation violation after his hit-and-run incident, which actually saw all charges dismissed. Last week, the judge ordered Brown to perform 1,000 hours of additional community service.

Breezy is now claiming to be a victim of a racist District Attorney, who is out to get him.

The R&B superstar went on another twitter rant last night, ragging on authorities for calling him out for submitting bogus community service reports from his previous case with Rihanna.

“Nigga done 6 months community service wit police and the DA racist ass crying to the judge that I didn’t do it. F**k the SYSTEM!,” he tweeted.

Continuing by offering his own suggestion for the authorities. “How about y’all take care of all the homeless kids and families on skid row. Promote helping people that are really fucked up in your city!”

Claiming these evil people give him inspiration for his random graffiti artwork. “I paint pics of monsters because its a reflection of u bitchass niggas and this bitchass system!”

Brown must perform his community service hours with the California Department of Transportation highway cleanup, graffiti removal, beach cleanup or the Probation Alternative Work Services. He must complete the 1000 hours by August 25, 2014 (when his probation ends) and is due back in court on November 20th for a progress update. 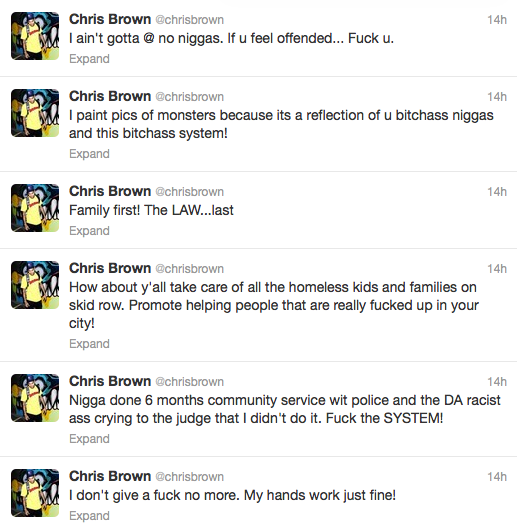 R. Kelly Talks About Working with Phoenix on "Trying To Be Cool Remix"