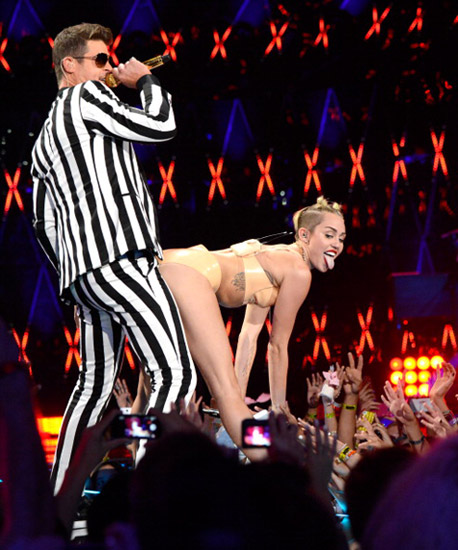 The most-talked-about performance at Sunday’s MTV VMA’s was courtesy of Miley Cyrus and Robin Thicke.

The pop star kicked things off with her hit single, “We Can’t Stop,” surrounded by giant stuffed animals. After Miley stripped off her clothes she was joined by Robin Thicke for a duet of his single of the summer, “Blurred Lines.”

Robin was then joined by 2 Chainz and Kendrick Lamar for his next single “Give It 2 U.”

As barely dressed ladies danced on stage, Miley did plenty of twerking herself while wearing only a flesh-colored bra and underwear.

Peep the hot mess below: