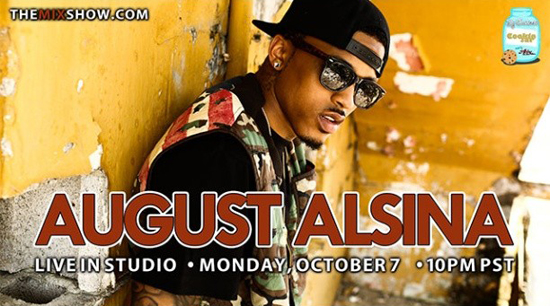 Following last week’s shows with Sevyn Streeter and Adrian Marcel, DJ Carisma and Abby De La Rosa keep the guest interviews coming on “The Cookie Jar,” as last night the ladies were joined in the studio by August Alsina.

The New Orleans native released the massive R&B remix to his debut single “I Luv This Sh*t” last week, and now he officially has his first No. 1 record in the country. August spoke about the creation of the remmix, his early start on YouTube, his admiration for Lyfe Jennings, and much more.

As always Carisma spun the hottest and sexiest in current R&B, with a couple throwbacks, while Abby asked all the juicy questions. Listen and download below!