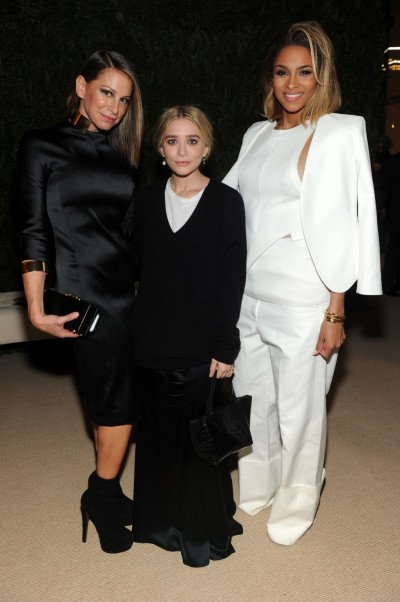 Last night brought together some of Hollywood’s biggest and best stars as they all attended this year’s CFDA/Vogue Fashion Fund Gala. The event, which is meant to honor fashion’s emerging designers, celebrated it’s 10th edition in New York City with Tom Ford serving as the keynote speaker.

Some of R&B’s most fashion forward members were also in attendance. The list included newly engaged Ciara rocking an all white Calvin Klein pantsuit described by her as “tom boy chic”, Miguel in all black, and dapper gentleman Maxwell sporting an all blue suit. Other stars marked down as attendees range from Mary-Kate Olsen and Vanessa Hudgens – both of which met up with CiCi as she entered the gala – to timeless actress Julianne Moore and Christina Ricci.

Check out a few of our favorite shots below:

Rihanna Teases Fans With Goth Shots From "What Now" Video