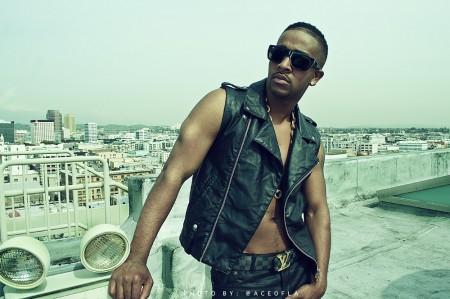 Ex B2K front man and now member of the Maybach empire, Omarion, has been moving steadily in his own direction since his split from group members in 2004.

With two successful mixtapes with his new label and the upcoming Love & Other Drugs album that’s slated to be released in early 2014, you had to wonder when the rumor mills would start turning about having a reunion with the group.

During his latest interview with Billboard.com, the “Let’s Talk” crooner discussed his recent EP, Care Package 2, the upcoming album and how he feels about a B2K reunion.

Catch more after the jump.

B2K was one of the top leading boy bands in the 2000’s and pushed the young teens into the forefront of the urban industry. Before there were the B5’s and the Mindless Behavior’s, all we knew were the boys of B2K. While their success was massive, it was also short lived. Ending a three-year chart dominating run in 2004, the quartet decided to part their ways leaving each one of them to figure out their future career paths.

Omarion, who was known as the lead singer of the group, decided to take his chances with a solo career and we have to say, he held up pretty well. Now, almost 10 years after their disbandment and many crazy incidents later (flashback to Raz B’s many social media meltdowns), B2K fans can think about dusting off their old matching jumpsuits and practicing their dance moves.

As many of the bands from the earlier 2000’s have been reuniting lately, fans of the once very popular band are anticipating a hopeful reunion of boys. Unfortunately though, if there is a reunion, it doesn’t look like we’ll be seeing it with all four of the original members. When asked whether he still keeps in touch with band members J-Boog and Lil’ Fizz, Maybach O stated:

“They always check up on me and congratulate me,” he says. “They fully support what I have going on which is great because when you’re a kid and majority of your life is on the road, you never fully understand how it affects the people around you. So, to look back on that and know I still have the support of those guys is an amazing feeling.”

In regards to having a possible reunion with the entire group, the crooner said:

“I feel like those types of reunions are cliche. Most of the time, it’s because [groups] have to. It’s not totally out of the picture though. My fans know me from that. What I did with them will always be a part of me.”

I guess we’ll just have to if the reunion will ever come to light and more importantly, how many members will be in attendance. To read the entire interview, click here
Do you think a reunion with all members would be a good look for Omarion? Let us know.
Tags: b2k,Care Package 2,Love & Other Drugs,Omarion