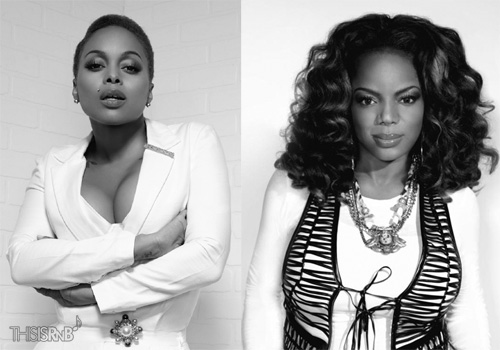 While last month announced the new faces to the Atlanta installment of the R&B Divas franchise, today saw that there will be a few new fresh faces to the LA one as well.

Announcing earlier today that production of the wildly popular TV One show will begin this month in LA, news also broke that two of the cast mates will not be returning.

See who it is after the jump!

While she brought many dramatic scenes and emotional moments to the show, it has been announced that Ms. Kelly “I’m Booked” Price will not be returning for another season of R&B Divas LA. Following in the same fashion as the aforementioned, former En Vogue and Lucy Pearl member, Dawn Richardson has also chosen to sit this season out. As some fans may be missing the moments that these two brought to the show, they can now expect some very interesting new faces joining the crew of returning members Claudette Ortiz, Lil’ Mo, Chanté Moore and Michel’le.

Joining this season of the famed show will be R&B beauties Chrisette Michele and Leela James. Chrisette, who is a Grammy-winning artist along with seasoned artist Leela James, are both looking to be a breath of fresh air to season 2 of the show that featured many glamour and high-stakes drama moments in season 1.

Both being artists who developed material in the mid 2000’s point, each of these ladies seem to be a good fit with the women left to tackle this upcoming season out in LA.

Here’s hoping that we’ll see some good moments between all six of these ladies and congrats to both Chrisette and Leela for snagging those parts!