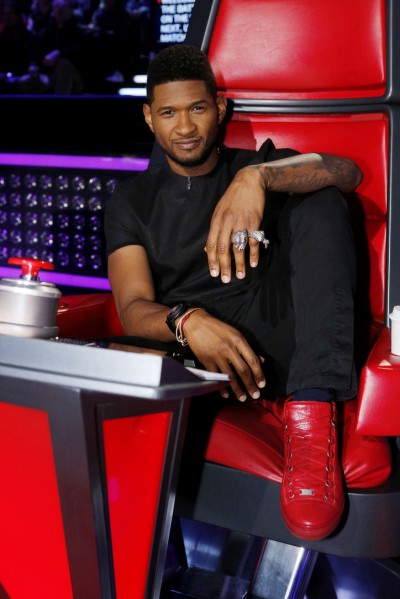 Although NBC just wrapped up it’s fifth season of ‘The Voice‘ earlier this week, they’ve already announced the start date of Season 6! Giving some of the most talented individuals a chance at the spotlight, ‘The Voice‘ has been one of the most watched shows of music lovers everywhere.

Premiering it’s new season on Monday, February 24 at 8 pm, NBC has officially announced that it will be adding both Usher and Shakira back into their red chairs for this next season!

Usher, who has been ranked as one of the best-selling artists in American history, will reprise his role as vocal coach and mentor to the lucky individuals who are chosen for his team this upcoming season. In addition to taking his seat alongside Shakira, Adam Levine and Blake Shelton, the R&B superstar is in the process of working on his 8th studio album and finishing up the film, ‘Hands of Stone’ where he plays the role of Sugar Ray Leonard.

Seems like 2014 will be another year of Usher Raymond! Take a look at the promo for ‘The Voice’ below:

Essence to Honor Emeli Sandé at 'Black Women in Music'