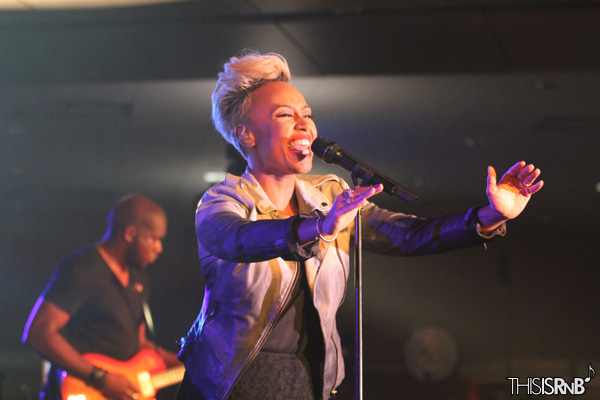 With the success of her debut album, Our Version of Events, and songwriting credits for some of toddy’s biggest artists, Emeli Sandé has been having the time of her life. To add to her success in the U.S., the blonde beauty can now add being honored by Essence at the upcoming “Black Women in Music” event to the list.

Taking place on January 22, the reception is one of the many exciting events leading up to the Grammy Awards. In a statement released about the honor,  Essence editor-in-chief Vanessa K. Bush said,

“Emeli Sandé’s soaring confidence as a songwriter and fearless self-expression as a singer is in the tradition of many iconic female trailblazers such as Nina Simone.”

A future icon indeed, Emeli has been hard at work on her sophomore album. When asked what fans can expect from the follow-up effort, Sande stated:

“It’s just a baby at the moment. I’m not sure what it is yet. But it will be very spiritual. I want it to hit people’s souls, to speak to them no matter where they are in the world.”

Emeli stands to join both Kelly Rowland and Janelle Monáe, who have both received previous honors at the annual event. Congrats to her!

Usher Set To Return to NBC's 'The Voice' in February