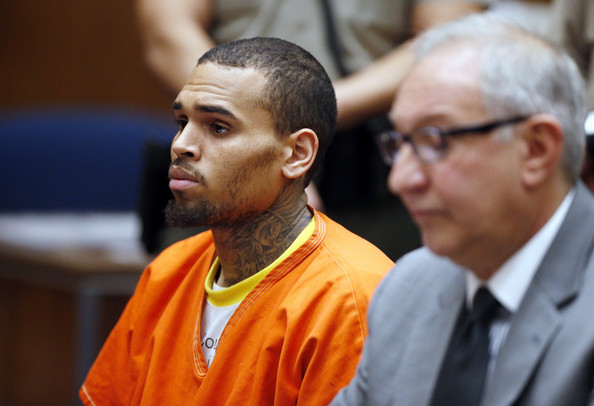 Chris Brown‘s trial for misdemeanor assault in Washington, D.C., has been put on hold for months after prosecutors declined to grant immunity to his bodyguard, who would be a key witness in the case.

Brown’s trial had been set to start Wednesday, and his bodyguard, Christopher Hollosy, had been expected to testify and say that he, not Brown, hit a man outside the D.C. W Hotel in October, reports the AP. Hollosy was tried separately and convicted Monday of assault, but he plans to appeal.

Hollosy’s lawyer has said that unless Hollosy is granted immunity, he will not testify until he is finished with the appeal.

Brown’s lawyer Mark Geragos said that could take at least six months. Prosecutors have said it could take a year. No new trial date has been set for Brown.

Prosecutors told a judge they decided not to grant Hollosy immunity because he refused to meet with them to discuss his testimony following his conviction. They also believe his likely testimony, that he alone threw a punch, would be a lie.

On Wednesday, D.C. Superior Court Judge A. Franklin Burgess Jr. set a status hearing in Brown’s case for June 25, the same day Hollosy is scheduled to be sentenced. Both men are expected to attend that day.

“I think all of this is much ado about nothing and frankly I look forward to being able to try this at some point,” Brown’s lawyer Mark Geragos said outside of court Wednesday.

Brown will now be transported back to California by U.S. Marshals Service.