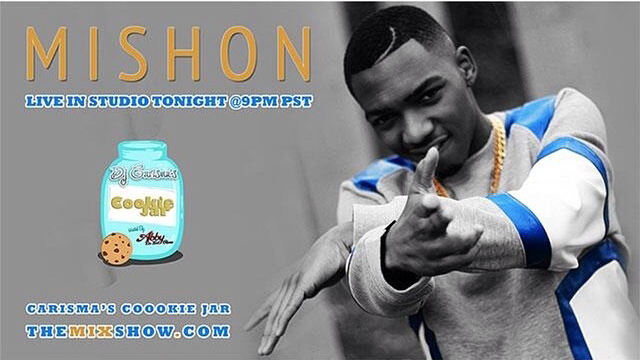 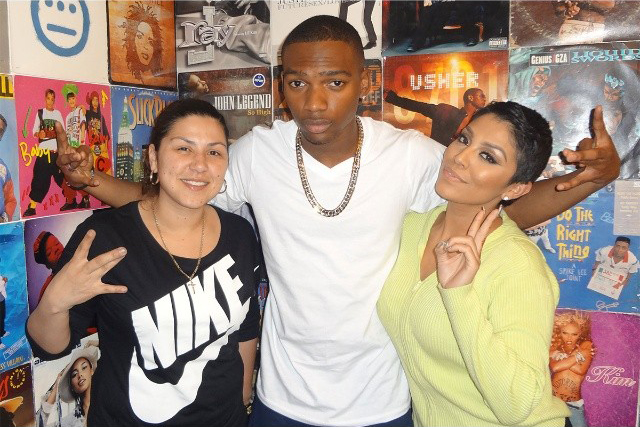 For their second broadcast of the week DJ Carisma and Abby De La Rosa returned to TheMixShow studios on Tuesday for another episode of “The Cookie Jar.” Last night the ladies were joined by rising singer Mishon, who is working on his major label debut on Columbia Records.

The singer/actor spoke about his start in music and acting at the age of 9 and grinding in the entertainment business for 10 years, his upcoming album, new movie Frat Brothers, and hot new single “Luckiest Man” from the soundtrack to About Last Night.