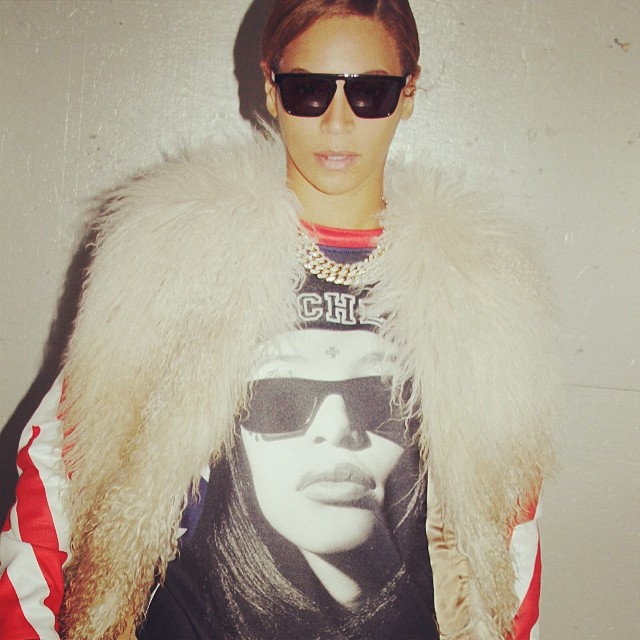 Queen Bey paid homage to another ideal, Aaliyah, on her Instagram. Posed against a white wall, ‘Yonce rocked a pair of black shades and a Revolution Riche sweater with the “4 Page Letter” singer face on it. The throwback ‘90s photo featured on the sweater was taken from Aaliyah’s Age Ain’t Nothing But A Number era.

The red, white and blue “American Babygirl” sweatshirts were on sale earlier this year on Aaliyah’s birthday, only 50 of them were made.

To celebrate her “Pretty Hurts” single, Bey has also released a video for her #WhatIsPretty campaign, which features fan submissions explaining what pretty means to them. 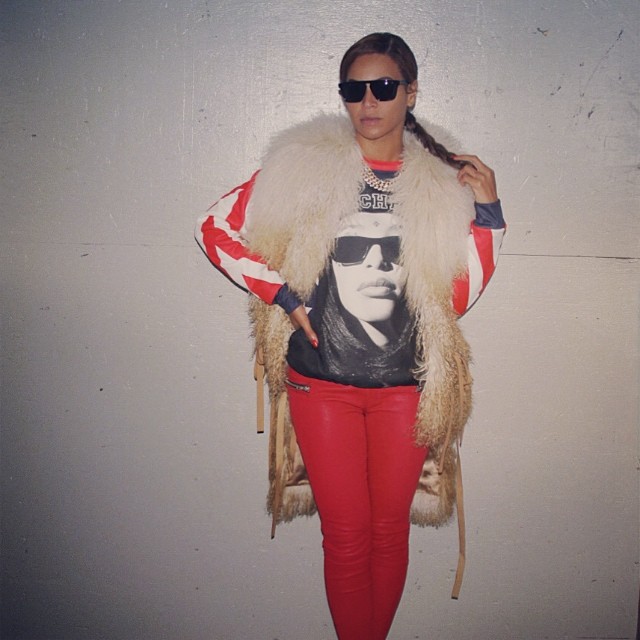